There’s a long way to go until the end of the season… but it’s not THAT early!
More or less 1/3 of the season is in the books and this is the time we start separating the good from the bad…
The contenders from the pretenders…

And everyone else from the Nationals and the A’s.

And as I did when April ended, I think we should take a look at how my my picks are panning out at the end of two months.

As recently as May 13th, the day before my birthday, the Yankees were a sub .500 team.
Everyone was having a laugh. There was even talk of firing Girardi.

They are 13-4 since and are now in first place by themselves. Plus with Phil Hughes and Joba Chamberlain pitching well with Sabathia, and You Know Who back helping the lineup, the Yankees look poised to beat up a bunch of teams in June.

After a .500 April, the Twins got Joe Mauer back. He homered in his first game back and I thought the Twins were off and running.
Instead, despite sweeping the first place Tigers, finished below .500 in May. A four game sweep by the Yankees (all walk off losses) hamstrung the team.
Still, only 4 1/2 games back and the Tigers could collapse.
Verdict: NOT LOOKING TOO GOOD NOW… COULD TURN AROUND

AL West – OAKLAND A’S
Who would have thought the A’s would look back at their 8-11 April as “The Good Old Days”?
The Angels have struggled as I predicted and a team filled the vacuum… but it turned out to be the upstart Rangers instead of the Hindenberg-esque A’s.
There’s nothing to analyze. Without a major turnaround they will have their third straight losing season. The previous 8 seasons were all winning seasons including 5 playoff appearances.
The losing began when Bob Geren arrived. He is still employed. The Bermuda Triangle is a less baffling mystery than Geren’s employment.
Verdict: THE WORST PREDICTION OF THE DECADE THAT DIDN’T INVOLVE IRAQ

AL Wild Card – BOSTON RED SOX
The Octomom’s babies have one fewer homers than Ortiz and are tied with Dice-K with wins.
Throw in Lester’s 5.65 ERA, Penny’s 5.63 ERA, more teeth grinding games than dodged bullets and a surging Yankees team and the Red Sox look like they are in deep trouble.
Except a week ago they were the best team in the AL.
And as of this writing would be the Wild Card team with a sickeningly deep bullpen, All Star worthy contributions from Youkilis, Pedroia, Bay and Lowell, surprising pop from Varitek and Josh Beckett finding his stuff.
Throw in an improving Lester and reinforcements coming for the pitching staff and the Red Sox look like they can absorb the rapid decline of Big Papi.
Verdict: SOLID PICK… AND EXPECT SOME CHANGES

NL East – PHILADELPHIA PHILLIES
Brett Myers, who has the lowest ERA on their ravaged starting rotation, is probably gone for the season. The rest of their rotation has 5+ ERAs and are looking everywhere for help.
Throw in the fact that Brad Lidge’s ERA is 7.40 and Jimmy Rollins’ .230 average and you would think the World Champs would be flopping.
Instead they are in first place, thanks in part to Raul Ibanez MVP bid.
Verdict: SOLID PICK THAT WILL NO DOUBT MAKE A DEAL FOR A PITCHER

I felt like the only person on the planet who DIDN’T pick the Cubs to win the Central. And while the Reds aren’t in first, they are only 2 1/2 games behind the surprising Brewers. Plus they are getting power from Joey Votto, Jay Bruce and Brandon Phillips and their bullpen has a comically low ERA.

Shore up their starting pitching and they can make up a few games.
Verdict: COULD PAN OUT… AND I STILL THINK THE CUBS ARE A BUST

NL West – LOS ANGELES DODGERS
Sure this was an easy pick, especially when the Dodgers were rampaging through April and into early May.
Then you-know-who got suspended and the NL West was put into play.
Turmoil came to Dodgertown. What were they going to do without Manny?
They are 14-9 since and have opened up an 8 game lead on the Division. Two of the other NL West teams fired their managers.
Not only is this race over, but Joe Torre might have manager of the year locked up as well.
Verdict: FORT KNOX ISN’T AS LOCKED UP AS THE NL WEST

Another off the wall pick of mine… and unlike my A’s pick this one looks smart.

Albert Pujols looks like he is well on his way to MVP #3 and Ryan Franklin is locking down the bullpen.

Their three game sweep of the Cubs in mid May probably put Wrigleyville in panic mode. With the Brewers, Cardinals and Reds all looking solid, the Cubbies might end up in FOURTH!
Verdict: LOOKING GOOD SO FAR… DOESN’T CANCEL OUT THE OAKLAND PICK, BUT SOLID NONE THE LESS
June is starting up and today alone has potential playoff match ups in the AL.
The best team in the AL is playing in the Bronx tonight… I’m talking about the visiting Rangers.
Dice-K goes for win #1 in Detroit against rookie Rick Porcello, who has won his last 5 starts.
Roy Halladay goes for win #9 to revive the Blue Jays against an Angels team looking for new live.
Ichiro has a 26 game hitting streak to keep alive…
Johan Santana is gunning for another win, just as long as J. J. Putz doesn’t live up to his name…
Speaking of bad names in harsh markets, Antonio Bastardo is making his debut for the Phillies. Would love to hear what they chant if he doesn’t throw well!
Tim Lincecum is pitching tonight in Washington, who has a pitching staff so bad that the Giants might actually score a run…
Meanwhile the Reds and the Cardinals are squaring off as two teams trying to make up ground.
May is over… bring on June!
(And some more homers for Papi and wins for Dice-K!!!)

On Thursday May 28th, I said the A’s HAD to fire Bob Geren… if for no other reason than to shake the team up.

Only a 9th inning homer by Adam Kennedy on Sunday (after the A’s blew a 4-0 lead) prevented a 4 game sweep in Texas.

Now they are only better than the Nationals.
They are on pace for 99 losses. 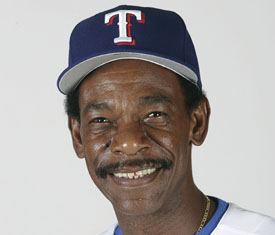 Meanwhile the Rangers are in first place with Ron Washington at the helm.

That being former A’s third base coach Ron Washington.

That being former A’s third base coach Ron Washington who was a candidate for the A’s managing job in 2007 that instead went to Bob Geren.

It is now fascinating to think how bad the A’s can fall…
And how TERRIBLE my prediction can wind up!

The Midges were back!

There were birds flying around and at one point I thought they were going to swarm around Joba and make him the Yankees answer to Tippi Hedren.
I was convinced at any moment frogs were going to fall from the sky.
But one one night he found the perfect compromise for people who want him to start and those who want him to pitch the 8th inning.
He started and lasted into the 8th inning!
(A novel idea! They let a big strong pitcher pitch!)