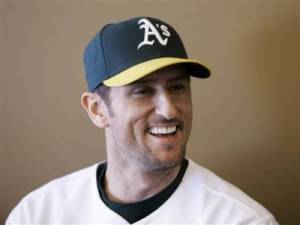 Yeah I know it didn’t end well… but he played his guts out for the Red Sox (OK, except for that game in Yankee Stadium.)

He loved being a part of the Red Sox.
He got it.

He just never got a ring.

Get on your feet, Sox fans.

Nomar’s name was a rallying cry.
Do it again! 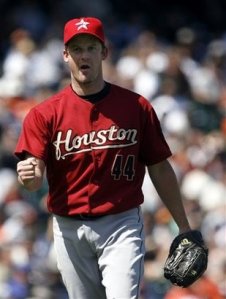 In fact he looks like that most rare of commodities… AN ACE!

So why haven’t the Astros traded him yet?

Seriously, I wrote about this last week and with each win, I am more and more convinced I am 100% correct!

Come on Astros! You are one bad season away from being what the post Cal Ripken Orioles turned into… a team with a great new ballpark and old players and empty seats.

Last Tuesday I wrote a post that basically said the Mets aren’t winning it in 2009 so don’t bother making a trade.

I often get a lot of traffic from Mets fans so I was expecting a lot of hits.

I got a lot of hits.

I was expecting some comments and some private e mails.

I was expecting them to be insulting and cursing me out and informing me that the Mets were only 2 games out with half the season to play.

EVERY SINGLE comment and e mail I got was agreeing with me, that the Mets were dead in the water. Some actually insisted that I was too light on the Mets.

You can’t accuse Mets fans of being overly optimistic I guess!

And you also can’t accuse the Mets of panicking. You CAN accuse them of phoning it in!

Seriously, when you are stumbling to stay at .500 and are going to play your chief rival… the one that you blew the division to the past 2 seasons… the one you NEED to play well against in head to head match ups… you should do better than 3 runs.

They scored 3 runs against the Phillies. Not per game, that would be sad enough. TOTAL!

They are now 4-6 against the Phillies. Gee Whiz, I wonder if THAT will come back to haunt them.

Oh yeah, they start tomorrow against the Dodgers who now have Manny back. Tomorrow will be the official halfway point of the season for the Mets and they have clinched a losing record for their first 82 games.

Somewhere Willie Randolph is laughing his butt off!