That crappy Michael Bay film with Ewan McGregor and Scarlett Johansson?
Well I am going to spoil the twist in the film. It came out 4 years ago, so I don’t feel too bad about it.
There is a whole colony of cloned people whose whole purpose in life is have healthy organs ready to give to the people they were cloned after.
In other words they are spare parts to be harvested to healthier and richer bodies.
Confused?
Well to understand it better, follow the Pittsburgh Pirates.
The bring up players and have them play in the majors.
They have major league games, face major league pitching and major league competition. And just when they seem ready to really contribute, healthier and richer teams whisk them away. 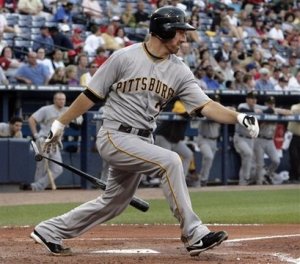 Adam LaRoche is the latest… he’s off to Boston while Hunter Strickland and Argenis Diaz join today’s hero Brandon Moss, Craig Hansen and Freddy Sanchez as former Red Sox dumped onto the island until they become valuable and then will be traded (like McClouth and Nyger Morgan were earlier this year.)

I already asked why they should bother this year... but at least don’t emulate a bad Michael Bay film!

(Are there any other kind of Michael Bay films?) 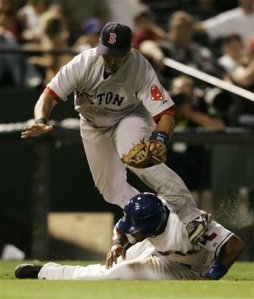 Well it has come to this…