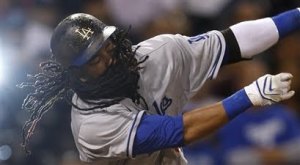 A lot has happened since the Dodgers had a 3 run lead against the hapless Pirates last Sunday where a mere 3 outs would have clinched the NL West crown.
There’s been a lot of losing.
And it hasn’t been pretty.
Since Jonathan Broxton took the ball against the second worst team in the National League with a 3 run cushion, the Dodgers have been outscored 23-2.
And they’ve been pounded by the lowly Pirates and Padres.
And now suddenly the Rockies are coming into Chavez Ravine and if they sweep the Dodgers, the NL West title will belong to Colorado.
What should the Dodgers do?
They should just relax and line up their playoff rotation and not do anything stupid.
Look, I know it would be embarrassing to lose the Division at this point, but who cares?
The Dodgers have a post season berth lined up anyway… and it isn’t like winning the Division means they avoid a tough Division Series opponent.
They are going to play the Phillies or the Cardinals out of the gate, so it is best to rest players who need rest and shake off the rust of those who need to get loose.
In 1996, the Dodgers and Padres both clinched playoff berths. On the last weekend of the season, the Dodgers needed just one win over San Diego to clinch the NL West title.
The Padres swept the Dodgers including two extra inning games to clinch the West on the final day.
Do you remember that?
Of course you don’t! Both the Dodgers and Padres were swept in the Division Series! It didn’t matter in the end.
Remember in 2006 how the Twins caught the Tigers on the last day of the season to clinch the Central Title? Do you remember what happened?
Both teams were playoff teams. The Twins were the Division Champs and swept by Oakland in the Division Series. The Tigers won the Wild Card and went to the World Series.
Nobody remembers the details of how a team gets in… just how they finish.
If the Dodgers win the west, fine. If not there are bigger fish to fry.

The Red Sox played a game…

Seriously. Thanks for winning today and making this final weekend count for something.

If the Twins win tomorrow, they will guarantee that the last Saturday of the season will be meaningful.
But take your pal Sully’s advice:
Next year… get off to a good start.
Seriously, those games at the beginning of the season count just as much as the ones at the end.
In 2008, the Twins were 3 games under .500 on June 5.
They came back and finished the season tied with the White Sox and lost the 1 game playoff 1-0.
If they started off even at .500, they would have won enough games to be the AL Central champs.
This year they were 6 games under .500 in mid August… and are now clawing to stay in contention.
Seriously, get out of the gate better!
Whatever is going on in spring training isn’t translating. And you had better hope it isn’t a weather factor, because next year you are playing outdoors in Minnesota.
Win early and maybe you can play games in October and November in Minnesota (as pictured below.) 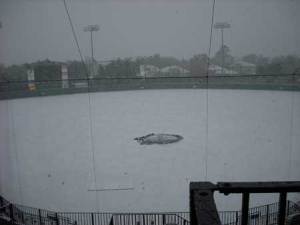