Back when the Cavs were eliminated from the NBA Playoffs, I told you Cleveland fans to just stop watching sports this year.
I hope you took my advice because, to paraphrase a cop on the beat, there’s nothing to see here.
You could have done stuff around the house, bonded with your family or even write a book.
Anything other than watching Cleveland sports in 2009.
And it isn’t getting any prettier.
Don’t believe me? 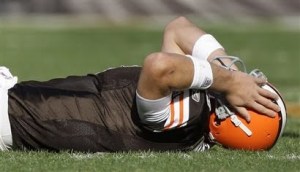 And that one win came against Buffalo in a 6-3 win.

I’m sure that was an exciting game! That’s a baseball score.

The Cavs got Shaq… and lost the opener to the Celtics.

BUT IT IS EARLY! Turn off the Cavs games until January.

As for Indians fans… ooof 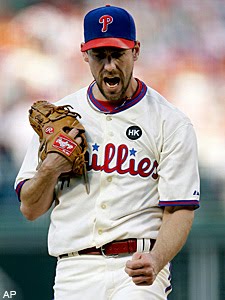 Seriously Cleveland fans…
Take the next two months off.
I expect the Nielsen ratings in Cleveland to be 0.0 for the World Series.
I expect the attendance for the November 16th Browns/Ravens game to be 0.
And I expect the Cavaliers to be playing in front of friends, family and wounded war veterans until the January 3rd game against Charlotte.
You don’t need to prove your loyalty to anyone.
You need a break.