As Jeff Passan pointed out in his column, both the Phillies and the Red Sox have gaping holes at second base and in their clubhouses with the losses of Chase Utley and Dustin Pedroia.

They have lost some spark, some intangibles and in many ways the heart and soul of their teams for the time being. And the Phillies and Red Sox each have big expectations this year and can’t afford to fall to far off the pace.

And as anyone can tell you, there is no better time to take advantage of someone then when they have had a little misfortune.

Which brings us to the Mariners.

The little team that could have but didn’t is going to unload Cliff Lee soon and make a contender happy.

But what about Chone Figgins?

Perhaps going to a winning team and feeling reenergized is what he needs to do.

Either way this is a guy who finished in the top 10 if the AL MVP vote in 2009. He is a switch hitter with a lot of speed and post season experience.

If Pedroia or Utley come back from their injury, he can fill in to another spot on the infield or outfield with ease.

And if he gets the spark back and fits like a glove with his new team, he will be under contract for the next few seasons.

I’m not saying it is GOING to happen… but it would behoove the Mariners to see if they’ll go along. 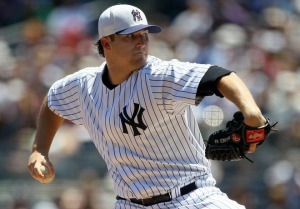 Once again baseball busted out the white hats for patriotic reasons and as I said before, the players looked like the Good Humor Man.

Teams like the Yankees should NOT have white hats. They have an amazing uniform that shouldn’t be messed with.

But I confess, as bad as most teams looked with the white hats, a few teams actually pulled it off and maybe it would be a good look in the future. 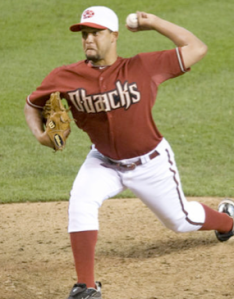 I thought it worked well with the Diamondbacks.

The white hat with the Red Jersey looked kind of cool. Plus the team is trying to build a new identity, especially with Kirk Gibson in charge. Why not have a new look?

I think it would work better with their A instead of the snake D on the cap.

But it works for the snakes. 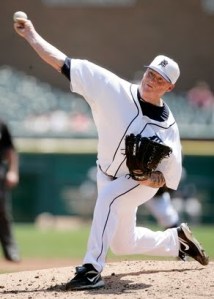 It looked surprisingly good with the Tigers as well.

I didn’t think I’d like it with a traditional uniform like Detroit’s (along with the Yankees, Dodgers, Cubs, Red Sox and Giants are the best of the traditional unis).

But the white hat did invoke some nostalgia.

It looked like the hat they would have worn in the Charlie Gehringer years.

Go with it as an alternative cap, Detroit.

Speaking of traditional teams, I think it went surprisingly well with the Indians.

It harkened back to the 1920 World Champion Indians and Stan Covelski would look good wearing it.

Granted I am being a hypocrite.

I have told the Indians to pick a cap and then suggested two more versions for them… but hey it is my blog.

I know I trashed them before, but to quote Rodney in Caddyshack, “It looks good on YOU though.”

I mean we have access to Ted’s head, don’t we?

He’s a lifelong Red Sox and the Sox drafted his wacko son.

Seriously, Bill Hall can’t play EVERY position. We could have a cloned Splendid Splinter out in right field.

(Keep in mind everything I know about cloning I learned from the Michael Keaton film Multiplicity.)