Joba Chamberlain is still a Yankee… and sometimes you have to wonder why!

Seriously… the Yankees could have used him to acquire Johan Santana.
I bet he could have fetched Cliff Lee… twice.
Or Roy Halladay.

They kept him instead of getting Dan Haren.

Seriously! Why hold on to this pitcher who is clearly regressing? Why hold on to him so he can be shifted back and forth from the pen to the rotation to where now he is actually no longer good at either?
He was a mediocre starter last year… and this year the Yankees can only hope he can RISE to the level of mediocrity as a reliever.
He coughed up a homer to Scott Podsednik which is hard to do.
Near the beginning of July he LOWERED his ERA to an inexcusable for a reliever 4.95.
In less than 2 weeks, it climbed back up to 5.95… which is “Can we send him back to AAA?” territory.
Have you noticed that the Yankees are pursuing either a #4 starter or a set up man? Wasn’t Joba supposed to fill ONE of those roles?
Back in March I suggested the Yankees trade Chamberlain just out of mercy.
About a month ago, I suggested the Yankees swap him for another underachiever, Franklin Morales.
But now I am saying “Yankees… keeping Joba instead of trading him for an established star pitcher is insane.”
He’s been with the team over the past 4 seasons and is regressing.
Yeah, he’s only 24 years old, but shouldn’t he be showing signs of being even an adequate big league pitcher at this point?
Next time someone offers you an ace caliber pitcher and Joba is the centerpiece of the puzzle… take the trade.
Or keep him. Most pennant contenders would rather have a mop up man with an unsightly ERA to a #1 starter.

Far be it for me to feel sorry for the Angels, one of my least favorite teams. But you never want to see another player get hurt.
And the Angels, who went into tonight a full week behind the Rangers, thought they matched Texas’ move for Cliff Lee when they got Dan Haren for some young players and former All Star Joe Saunders. And with the Rangers historical tendency to fall apart in August, it seemed like a great move.
Then Kevin Youkilis lined a ball off his arm, he was taken out and the Angels were at the mercy of their erratic bullpen.
2 Papi homers and a decent Buchholz pitching performance later, the Sox pulled out a win even though they gave the Angels every opportunity to win.
So now the Angels are more than a week out of first… and if the Red Sox sweep them, they will be at even .500 in late July.
Sounds good to me!
Let’s update the tally.
DODGED A BULLET GAMES – 31
April 4 – 9-7 win against Yankees (On Opening Night, the Red Sox overcome a 5-1 Yankee lead with a game tying HR by Pedroia and a go ahead passed ball.)
April 10 – 8-3 win against Kansas City (Beckett out pitches Zack Greinke and nearly gets decapitated by a line drive.)
April 14 – 6-3 win in Minnesota. (Okajima gets Morneau to pop up with the bases loaded in the 7th and Papelbon wiggled out of a 9th inning jam.)
April 20 – 7-6 win against Texas. (Darnell McDonald introduces himself to Boston with an 8th inning game tying homer and a walk off hit in the 9th.)
April 21 – 8-7 win against Texas. (The Red Sox were down 4-0 early only to win it on Youk’s 2 out 11th inning double.)
April 23 – 4-3 win against Baltimore. (The Sox blow a 3-0 lead but win it on Adrian Beltre’s bases loaded walk.)
April 24 – 7-6 win against Baltimore. (The Red Sox score 6 in the 7th and hold off a late Baltimore comeback attempt.)
April 26 – 13-12 win at Toronto. (The Sox blow an early 5-0 lead but hang on for dear life in a slugfest.)
April 27 – 2-1 win at Toronto. (Buchholz holds the Jays down for 8 but it takes a bases loaded walk in the 8th to go ahead.)
April 28 – 2-0 win at Toronto. (Daniel Bard wiggles out of trouble in the 8th to help Lester shut down the Blue Jays and finish the sweep.)
May 4 – 5-1 win against the Angels. (Juan Rivera misplays Jeremy Hermedia’s 2 out flyball into a 3 run game winning double)
May 5 – 3-1 win against the Angels. (Papi and Beltre homer and the Sox hang on despite squandering many potential rallies.)
May 6 – 11-6 win against the Angels. (Dice-K puts the Red Sox in a 4-0 hole before they even bat. The Sox bats respond.)
May 10 – 7-6 win against the Blue Jays. (Sox blow an early 2-0 lead, take advantage of some errors and hang on.)
May 18 – 7-5 win in New York. (Sox climb back from a 5-1 hole. A day after hitting a walk off homer, Marcus Thames drops a fly ball to start the winning rally for the Sox.)
May 25 – 2-0 win in Tampa. (Big Papi supplies all the offense as Papelbon wiggles out of a 9th inning jam.)
May 29 – 1-0 win against Kansas City. (Zack Greinke holds the Sox to one run, but they make it stick)
June 1 – 9-4 win against Oakland. (Lackey puts the Sox in a 4-0 hole but Victor Martinez goes 5-5 and the Sox score 9 runs late.)
June 2 – 6-4 win against Oakland. (Dice-K puts the Sox in a 3-0 hole before they come to bat, but come back thanks to Papi’s homer.)
June 8 – 3-2 win at Cleveland. (With Papelbon unavailable, Okajima, Ramirez and Bard hang on to make a winner out of Wakefield.)
June 19 – 5-4 win against the Dodgers. (Sox make 4 errors, blow a late lead and let Manny homer, but they win it in the bottom of the 9th on a Pedroia single.)
June 20 – 2-0 win against the Dodgers. (Dodgers blow an early bases loaded scoring opportunity and allow Buchholz to settle down for the win.)
June 24 – 13-11 win in Colorado. (The bullpen lets up 9 runs in 5 innings, but Pedroia homers 3 times including with 2 outs in the 10th to win a wild and stupid game.)
June 26 – 4-2 win in San Francisco. (An injury running the bases takes Buchholz out in the second, but the bullpen and Mike Cameron’s bat and glove win the game.)
July 2 – 3-2 win against the Orioles. (Wakefield gets the win and J.D. Drew homers twice, but it is Nava’s 2 out 8th inning bloop that landed between three fielders that breaks the tie.)
July 11 – 3-2 win in Toronto. (Jesse Litch took a no hitter into the 6th but back to back homers by McDonald and Big Papi win the game.)
July 17 – 3-2 win against Texas. (Youk ties the game in the 9th off of Cliff Lee and wins it in the 11th with a sacrifuce fly)
July 19 – 2-1 win at Oakland. (Beltre homers and Dice-K holds on to the win.)
July 22 – 8-6 win at Seattle. (Lackey lost a no hit bid in the 8th and the Mariners scored 5 in the 9th to tie before the Sox won in 13)
July 23 – 2-1 win at Seattle. (Bill Hall’s barely fair homer gives the Sox the win on Beckett’s return.)
July 26 – 6-3 win in Anaheim. (Papi homers twice and Buccholz and Papelbon each wiggle out of jams to get the win.)
TEETH GRINDER GAMES – 31

Back to break even.
All the Red Sox can do now is win games… the Yankees won and the Rays pulled off a no hitter. But if the Sox continue to win, who knows what will happen?
Lackey returns to Anaheim tomorrow.
Maybe he’ll be amped up. Either way, I want a series win. 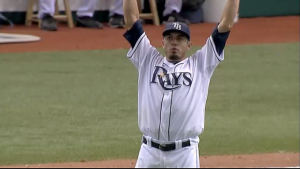 Off the top of my head I can think of a bunch of pitchers who at one point in their careers played for the Mets who also threw a no hitter.

Without looking it up I can list Nolan Ryan, Tom Seaver, Doc Gooden, David Cone, Hideo Nomo, Al Leiter and Mike Scott all threw no hitters and I am sure I am missing one or two.

None of them pitched a no hitter in a Mets uniform.
Despite a great tradition of dominating pitchers and consistently playing in a pitchers Ballpark (whether it be Shea or CitiField) the Mets have oddly never had a no hitter.

And with several Cy Young winners to their teams checkered history, the Padres also have never had a no hitter. Like the Mets they have always played in a pitchers park… yet could never even slap together a combined no hitter.

The Rockies have.
The Diamondbacks have a few.
So do the Marlins.

The expansion team Mariners, Blue Jays, Astros, Rangers, Angels, Expos, Royals and Brewers all have no no hitters on their docket.

And with Matt Garza, so do the Rays.

Only the Mets and Padres stand alone.

I would say the safe money is on the Padres to throw a no hitter next. They are having a charmed season… and the term “no hits” will be often used to describe a Mets game this year, but they would be referring to New York’s offense.