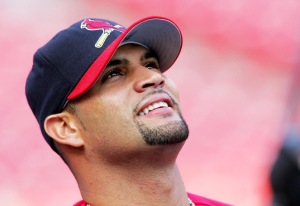 You can write it in ink… Albert Pujols is winning the 2010 National League MVP.

Oh right now it is close between Pujols and Joey Votto with about 30% of the season left. It also looked like Mechagodzilla was going to beat Godzilla with 30% left in THAT fight too.

At the 1/3 mark, I wrote that Pujols was the MVP until someone else proved otherwise. 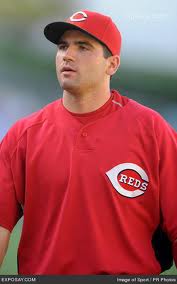 Well, Joey Votto answered the bell and is having an outstanding season… and right now it would look like it would be a neck and neck vote.

I have no clue what situational wins added means, but damn it sounds impressive.

Remember how this was supposedly a down year for Pujols?

With a race this tight, why am I writing Pujols’ MVP in ink?

And oh yeah the Cardinals leap frogged the Reds into first place during that stretch.

Yeah, I know… we aren’t supposed to look at anything other than stats for MVP… but going on a tear as his team takes over the top spot SHOULD count for something!

It’s safe to say that he is heating up and Votto has as much chance to stop his momentum as Tia Leoni and Maximillian Schell had to stop the tidal wave in Deep Impact.

It’s Albert’s award to lose and when the waves subside, he should have his 4th MVP and 3rd overall.

Man how great would it be to HIS agent!