Seriously… we all are impressed by how fast Pedroia came back. He’s a gamer. We love him. He’s our guy.
Now take away his spikes and say “See you in spring training.”
He’s back on the Disabled List after 2 games off of it.
And yes, it is because the same foot is hurt.
This is nuts. Why risk injuring our MVP any further?
2010 is a lost cause. Even if the Sox play better than their current pace and win 92 or 93 games, they are still playing golf on the first full week of October.
As I wrote before, 2011 looks promising provided Pedroia and Youk is healthy, Beckett pitches well and they let some of the kids play and fill some holes.
Let’s see what this kid Yamaico Navarro can do in the infield. He’s supposedly a dynamic fielder. Let’s see his do his thing in the show.
He’s already the greatest Red Sox player named Yamaico.
So Dustin… nobody is questioning your heart. We’re questioning your foot.
And if the Red Sox don’t shut him down, I’ll be questioning their sanity!

Back on June 21, I wrote that I wasn’t buying the Rangers.
I had seen this story before… the Rangers get off to an amazing start, everyone starts thinking they are for real. Then the summer kicks in and they wilt away.
In late June as the Rangers finished an 11 game winning streak (and won 14 out of 15) they opened up a 4 1/2 game lead over the Angels and looked for real.
Since then they’ve had a losing record (23-25) and in August they’ve lost 10 of 16 games and 8 of their last 11 games… just as they’ve ALWAYS done in August.
They’ve lost 4 straight (including a sweep by the Rays) and it’s been nearly 2 weeks since they’ve won 2 in a row.
In other words my prediction was right.
Here’s what I DIDN’T predict… the rest of the Division would be such garbage.
Actually the A’s have been good. They’ve played 6 games over .500 since the Rangers winning streak.
Here’s the problem… they were 6 games UNDER .500 then.
Meanwhile the Angels have collapsed to a 20-27 record since and the Mariners? Yikes… they are just 18-31 (and a fired manager) since.
It helps to win a Division when the rest of the teams have to have winning streaks to reach break even.
There’s about 3 more weeks until Labor Day.
Can the Rangers blow a 7 game lead? Just ask the Mets if that is possible.
It’s still hot in Texas, and I haven’t been wrong yet. 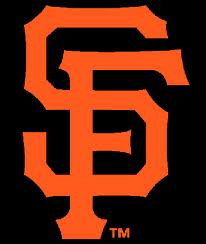 In the off season between the 2008 and 2009 seasons, I wrote my blogging Opus… The Home Grown Vs. Acquired Series.

I made 62 twenty five man rosters (with bios) for each team’s best All Time Team made of only Home Grown players and another one for only players acquired from other organizations.

That’s 1,550 bios written.
And forgive me, I was bound to make a mistake or two.

My rules for what makes someone acquired is simple:

If they played a single game in another organization before joining the team, he must be considered acquired.

Well an anonymous reader pointed out that the great Christy Mathewson, who I had in the Home Grown Giants team, was originally a part of the Reds organization and acquired in a trade involving future Hall of Famer Amos Rusie.

The reader was right.
So I made the correction and moved Mathewson to the Acquired Team.

Now that was good news for Gary Lavelle who I put into the Home Grown bullpen… but bad news for Greg “Moon Man” Minton. I moved Johnny Antonelli to the bullpen (he DID clinch the 1954 World Series as a reliever) and put Mathewson in the Acquired Rotation.

And that left Minton as the odd man out.

So while I feel the roster is more accurate, I felt the need to honor the Moon Man here.

He threw 270 1/3 innings without allowing a home run before hanging a pitch to John Stearns in 1982.
I bet Stearns was due.

He had 5 solid seasons before wearing down and had the bad luck of being cut just before the Giants would finally win a division title in 1987.

And here is the UPDATED AND CORRECTED ROSTER.

Enjoy… and if you have any other corrections, let me know.