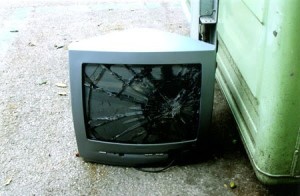 I saw a TV listings of the national Fox games and they did NOT list the A’s/Rangers game today.

If the Rangers win they will win their first Division Title since 1999.
PLEASE tell me that Rangers fans can… you know… watch their team win a championship.

You’d think that would be a big deal, even for Rangers fans. 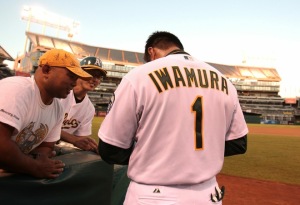 Flipping through pictures in Yahoo Sports tonight I stumbled across this one.

A’s second baseman Aki Iwamura signing autographs in an empty Oakland Colliseum (I have no clue what its official name is any more.)

Do you know what struck me as odd? That #1 was available to a player who was cut by the Pirates earlier this year.

Iwamura didn’t have a year good enough to stick around on the worst team in the game, wound up with the A’s and asked “What number is available?” and the equipment manager said “How about 1?”

I can’t be the only one who thinks that is strange.

The A’s have had a couple of stretches where they had some great players.
And you would think that #1 would have been claimed by a Hall of Famer along the way. 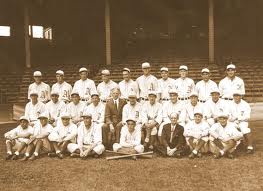 The team started wearing numbers, according to Baseball Almanac (and why would they lie to me?) in 1931… when they went to their third straight World Series under Connie Mack.

Mr. Mack never wore a uniform nor had a number.

That team had 5 future Hall of Famers…

None of those numbers are retired for those players as only Oakland players had their numbers retired.

And evidently no number 1. 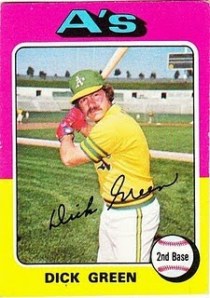 On a team with future Hall of Famers like Reggie Jackson, Catfish Hunter and Rollie Fingers and superstars like Joe Rudi, Vida Blue and Sal Bando it was Green who had #1. 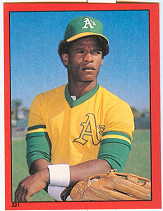 You would think #1 would have been an easy fit for Rickey Henderson when he broke in with the 1979 A’s.

He was the lead off hitter and clearly a spark plug in the #1 hole. 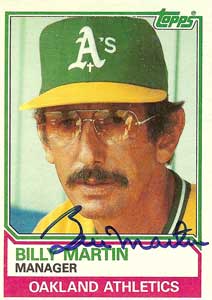 Billy Martin brought “Billy Ball”, intensity, an unexpected 1981 Division Title and the #1 on the back of a classic baseball figure in Oakland.

Billy probably should have stuck around Oakland and relaxed and molded the team after himself. His son said he never saw his dad healthier nor happier than as the manager of the A’s… but he lusted after the Bronx and by 1983 he was in the Bronx.

During the great A’s run of the LaRussa days, no player wore #1.

During the Money Ball Division Titles of the 2000s, no player wore #1.

It wasn’t until Nomar Garciaparra that #1 was dusted off for a player (as far as I can see, no player wore #1 since Don Hopkins donned it in 1975 until Nomar in 2009.)

Eric Patterson and now Iwamura have worn it since.
It clearly isn’t being honored for a great player.

And it clearly isn’t being reserved for a star.

Iwamura is going to probably be sent packing after the year… #1 will be available… again.

It would be nice to see that on the back of a better player (or ANY player when you consider the 34 year gap between #1’s.) 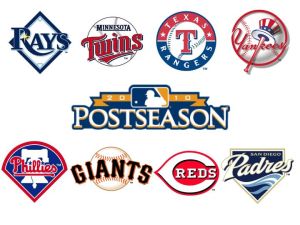 Things are shuffling around on the deck of the SS Playoffs… teams are being added and others dropped and playoff match ups are being mixed up.

Frankly I wouldn’t mind this exact playoff set up in the National League to be the final one. And the top of the American League has three teams with identical win totals and 1 game separating the three in the loss column.

The Padres are back in it while the Braves picked a bad time to drop 4 straight. And Colorado has dropped 4, making them as close to a non factor as you can have (even with games against the Dodgers coming up.)

The Phillies and Rangers can clinch tomorrow… but the NL West and Wild Card remain murky.