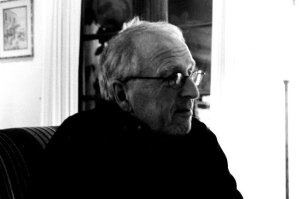 My dad was in town this weekend and we watched a lot of baseball. That wasn’t the original plan… the plan was we’d watch his Giants clinch on Friday night and spend the rest of the weekend in L.A. County with my kids.

As it turned out Cain got bombed and Barry Zito blew his chance to redeem his contract in the eyes of Giants fans.

So we were glued to the set today… and watching a game with my dad is an experience.

Sometimes he doesn’t move. You wonder if he is asleep. Then when Guillen grounds out you just hear a “JE-sus… swinging on the first pitch.” And then you know my dad hasn’t missed a pitch.

Or then comes his predictions.
When Miguel Tejada came up in a key spot today, he grumbled “This is it… he’s about to hit the home run that will haunt us forever.” Then with added emphasis pointed at the screen… as if I were about to miss his seer like abilities.

Later when Aubrey Huff came up in a critical situation, he said “Watch. He’s about to hit the home run that will forever cement his legend.”

He also grounded out.

Back when Bonds was with the Giants, every time a pitcher threw to him, my dad would say “Gone.”

And when the odds caught up to him and Bonds DID hit a homer, my dad would turn to me and say “I called it.”

I would reply “You call EVERY pitch.”

My dad would have it off and say “admit it… I called it.”

And I couldn’t deny it. I am thrilled for my dad this year. He follows the Giants closer than anyone who isn’t currently employed by KNBR.

I remember in 2008 I was driving home and listening to a Giants/Dodgers game late in the season. The Giants were 100% out of it and it was a week night. Bengie Molina homered for the Giants and I called my dad.

He picked up the phone. He didn’t even say “Hello?” He just said “How about Bengie Molina?”

Dedication to a team… my dad has it.

So I’m glad we could see the Giants win the West.

But today my dad asked me “if I can get World Series tickets, will you fly up?”

And I have a feeling he has many more predictions to make this post season. 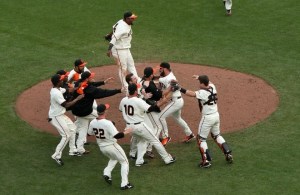