It’s very easy to be a Yankee fan now.
They’ve won a ton of titles and are almost always playing in October. They are THE marquee franchise and virtually every huge star passes through the Bronx.

Celebrities are at the games and the new Stadium is the crown jewel of baseball.

20 years ago… that wasn’t the case. For some people who are young fans or casual fans, this might be something startling to hear… but the 1990 Yankees were THE WORST TEAM IN BASEBALL.

I was there. It was my first year living in New York. And you couldn’t even get mugged in Yankee Stadium (but lord knows you could all around the neighborhood.)

25,000 was considered a great crowd. Nobody knew the players nor cared about the team. And there were rumors they would move to New Jersey or along the West Side of Manhattan.

And their minor leaguers sucked. Their free agents were busts. And the managers kept changing.

If you were a fan of the 1990 Yankees, you were the ones who cheered the loudest in 1996… You were the fans who truly savored the Torre years and the subsequent titles because you saw Yankee baseball at its worst.

And if you were one of those fans… trudging to Yankee Stadium to see Tim Leary lose 19 games… you should be rooting for the San Francisco Giants to win the National League Pennant.

The three players who best symbolized the 1990 Yankees are currently on the Giants coaching staff.

Dave Righetti… the last link to the World Series days… was on that 1990 team.

Hensley “Bam Bam” Meulens… the very symbol of over hyped Yankee prospects… was on that 1990 team.

Roberto Kelly… the Yankees token All Star and supposed hope for better times before he was dealt for Paul O’Neill… was on that 1990 team.

Yeah that team stunk. But if you went to even ONE GAME that year, you never have to prove your loyalty again. And if someone calls you a bandwagon jumper, you can say “Hey! I was there cheering for Bam Bam Meulens!”

That 1990 team was a good barometer for true fandom.
That awful team deserves a salute in its own way.

So in the NL, cheer for the Giants. Their coaches stunk it up so the World Series nectar could taste sweeter. 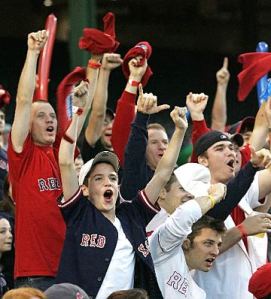 So the playoffs are starting and the Red Sox are on the golf course.
Does that mean we Red Sox fans should just NOT watch the playoffs?

Of course not… just because our team is dead doesn’t mean our interest should be.
Seeing that I was too young to remember 1975, I never saw the Red Sox play in October until 1986, when I was 14. Yet I never missed a post season… I would just temporarily adopt a new team to root for.

It’s fun and involves a lot less pain if they lose.

So here is a guide for Red Sox fans to help you make a decision in picking which of the 8 playoff teams to root for. 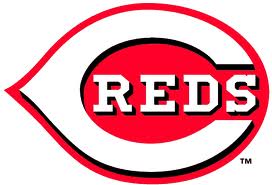 Why Red Sox fans should root FOR the Reds

– It is nice to see storied traditional franchises win. (Do we need ANOTHER Marlins World Series winner?)

– A title would be the icing on the cake for Dusty Baker, a great baseball lifer who had near misses with the Giants and the Cubs.

– WKRP in Cincinnati was a great underrated show.

– Old friend Bronson Arroyo is still pitching for the Reds. How can you not love Bronson?

Why Red Sox fans should root AGAINST the Reds

– I don’t care how many titles we’ve won since… the Sox should have won the 1975 World Series and seeing Cincinnati celebrate again would be too much to handle. Seriously, watch the Ed Armbrister play again and tell me you are rooting for Cincy!

– I’m still bitter that all we got for Bronson Arroyo was Wily Mo Pena. We got snowed.

– They lost a World Series where if Willie McCovey hit a ball a foot higher they would have won.

– They lost a World Series because an Earthquake hit. Forget the Bambino… they had a FAULT LINE trip them up.

– You know who… Mr Juicer… is no longer there.

Why Red Sox fans should root AGAINST the Giants

– How much suffering can those fans really be going through? Even in their WORST day, they are living in the San Francisco Bay Area!

ATLANTA BRAVES
Why Red Sox fans should root FOR the Braves

– Winning a title without Glavine, Maddux or Smoltz would shut up the critics of Bobby Cox.

Why Red Sox fans should root AGAINST the Braves

– Wasn’t there… ahem… domestic charges against Bobby Cox? And now I’m supposed to root FOR him?

– Braves fans couldn’t even sell out NLCS games and their playoff tickets are always available minutes before first pitch. How can you root for a team whose fans don’t even support them?

– The Braves broke our hearts when they left town… and has Boston sports ever recovered? (OK, yes, but still. They dumped us!) 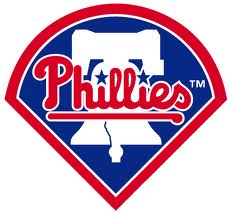 Why Red Sox fans should root FOR the Phillies

– It would be nice to see a dynasty in baseball outside of New York. It might even tick off New York fans which is always fun.

– It’s easy to root for Charlie Manuel. He’s like Grady Little, but with a backbone.

– It’s impossible to NOT root for Ryan Howard.

– A pitcher as good as Roy Halladay deserves a ring.

Why Red Sox fans should root AGAINST the Phillies

– Hey! If there is going to be a bunch of insecure Native Northeasterners with a New York inferiority complex having a baseball dynasty, it had better be US!

– Not that we Red Sox fans are angelic Boy Scouts… but doesn’t it seem like every time there is a knuckle head fan being tazed or doing something stupid like vomiting on a little girl, it tends to be in Philadelphia?

Why Red Sox fans should root FOR the Rangers

– They are the only franchise to never win a single playoff series. It’s fun to see a team finally reach the top and know you are witnessing the best moment in the team’s history.

– It is a nice redemption story for both Josh Hamilton and Ron Washington. Hell, you can make the feel good sports movie right now!

– Nolan Ryan runs the team and says “to hell with pitch counts.” If they win, maybe everyone else will follow suit.

– The Rangers most famous fan is George W. Bush… a native New Englander.

Why Red Sox fans should root AGAINST the Rangers

– So, Vlad Guerrero sunk the Red Sox last year and sent Papelbon into a tail spin and I’m supposed to root for him now?

– As I addressed in my video, do Ranger fans even care? Would Game 7 of the World Series in Arlington be preempted there for an interview with Tony Romo? 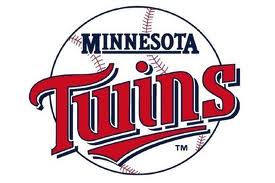 Why Red Sox fans should root FOR the Twins

– Nice people in a nice outdoor park and a cute name… what’s not to love?

– 9 years ago they were going to be contracted. Now they are in the playoffs for the 6th time since then. Winning it all would be the icing on the cake (and a wonderful f— you to Bud Selig.)

– Joe Mauer is a great superstar and having players like him win a ring can only help the sport.

– Jim Thome has played for 20 seasons and played in October now 9 times… but still is ringless.

Why Red Sox fans should root AGAINST the Twins

– There are teams with real legit title droughts… this would be the third World Series title in 23 years for the Twins. Spread the love to Chicago or Cleveland!

– Jim Thome… the guy with 7 post season homers against the Red Sox… I’m supposed to root FOR him now?

– I miss the trash bag right field wall of the Metrodome.

– It might snow in Minnesota. Do we REALLY need to see that?

Why Red Sox fans should root FOR the Rays

– The greatest turn around of a franchise would be complete… before inevitable cost cutting tears the team apart.

– The Rays can be the answer to anyone who whines about a salary cap and how unfair baseball is.

– Evan Longoria, Carl Crawford and David Price are the kind of stars baseball should be promoting. Having them all shine on the big stage can only help baseball.

– It will take some of the sting out of the Red Sox not making the playoffs.

Why Red Sox fans should root AGAINST the Rays

– How can you root for a team whose fans need to be handed free tickets to attend a big game? Even their own players crap on their fan base!

Why Red Sox fans should root FOR the Yankees

– You are convinced Joe Girardi is leaving after this year for the Cubs. Winning the title and leaving would be a wonderful f— you to the Yankees.

Why Red Sox fans should root AGAINST the Yankees

– They are the New York Yankees.

– Derek Jeter would be happy.

– It would make the Alex Rodriguez deal look wonderful.

– You will have to interact with that Yankee fan friend of yours who will be saying “28 TITLES!” all winter long.

So go ahead… pick a team. Cheer them on and have a fun but stress free October.
Heck, a lot of fans rooted FOR the Sox in 2004 and AGAINST the Sox in 2007.

Let’s return the favor.
(I’m rooting for San Francisco… who are YOU adopting?)

Whose beard looks more awkward?
Brian Wilson, or the women in disguise during the stoning sequence of “Life of Brian“?