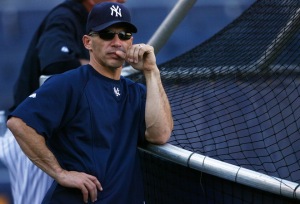 When the Yankees and Rays were going down the stretch, there were a lot of Yankee fans killing Joe Girardi for not playing all of his veterans in every game. “They HAVE to win the Division!” was the rallying cry.

I heard one person KILLING Girardi for not using Mariano Rivera in both games of a double header in the last meaningless weekend of the series.

The Rays won the Division… the Yankees are the Wild Card… and it doesn’t matter.

Who is looking good now?

The Yankees need one win at home and they are off to the ALCS.
The Rays can’t afford to lose on the road or they are playing golf.

Which team would you rather have followed? The Division winner who couldn’t win a post season game or the team that went to the World Series?

Joe has been there and done that… that 28 on his back isn’t for Division Titles.

Joe thinks it is more important to have Mariano ready for THESE games rather than the tail end of a “who cares?” double header in Boston.

I have a feeling most Yankee fans agree.
(So would Tampa fans.) 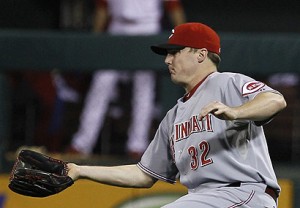 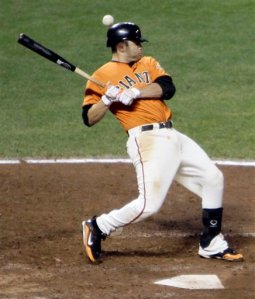 It really felt like there were more than 2 games played, didn’t there?

The Reds and the Phillies played two games yesterday… in the first game the Reds showed some serious guts. They came right out swinging, homering in the first at bat.

Bronson Arroyo was in control, Roy Oswalt was faltering, Chase Utley was a mess in the field and the mighty Phillies were vulnerable.

Then they played ANOTHER game in Philadelphia. In this one the Phillies bats were clutch, the calls went against the Reds and the defense would have made Lupus hide his face.

They played 2 games in San Francisco as well. In the first game, the bats were cooking and Matt Cain was dealing. The Braves looked dead from the neck up and AT&T Park was rocking.

In the second game, the Braves got the key hits, made all the right pitches and made the right plays. Meanwhile the Giants pitching nibbled too much and could not get in sync. Eventually it was a Braves shot into McCovey Cove that was the difference.

The problem for the Reds and Giants? They only played one game each today. And now both teams are facing a dire situation in Game 3.

The Reds are staring down elimination.
The Giants have to face Tim Hudson.

If only those first games could have counted! 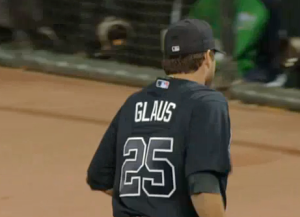 The MVP of the 2002 World Series… the man who sunk the Giants that year… OF COURSE he’s the guy starting the gut punch double play to kill the rally in the 10th.

Bad things happen when he plays the Giants.