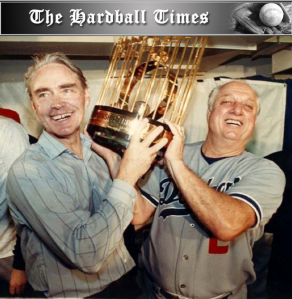 The Dodgers haven’t won the National League Pennant since winning the 1988 World Series. And since then what was once the most stable organization in baseball keeps drastically changing their identity every few years… and 2011 will be the beginning of yet ANOTHER incarnation.

I wrote about the six identity changes the Dodgers have gone through since the Kirk Gibson homer in The Hardball Times.