Is it too early to be talking about Tim Lincecum, Dustin Pedroia or Adam Wainwright for the Hall of Fame? Of course it is. But they’ve all done the hard part of having great individual seasons and post season heroics already. If they can stay healthy and pile up some numbers, they should have quite a Hall of Fame argument.

In my latest for The Hardball Times, I go through the players who just need to reach a few milestones to pad an already glamorous resume.

So while I was lying on my yoga mat yesterday, eyes closed, I envisioned the Hall of Fame ballot in my head and what I think was going to happen this morning.

So OF COURSE I am going to share that with you dear readers.

I couldn’t make his case any clearer than I did a few years ago. I think Felix Hernandez‘s Cy Young victory showed the using of wins as a be all and end all barometer for a pitcher’s worth might be ending.

And maybe I’ll stop using this picture of Blyleven.

PREDICTION: He gets elected.

WOULD I VOTE FOR HIM: You bet.

OK, a few idiots left him off their ballot because of the spitting incident. Now there is no excuse. One of the greatest second baseman of all time and best all around players of the 1990 (and a 2 time World Champion to boot) deserves to be in.

PREDICTION: He gets in

WOULD I VOTE FOR HIM: Duh

I am puzzled to why Rock Raines would not be getting more support. One of the great basestealers and most exciting players of the 1980s put up terrific numbers throughout his career.

And yeah he had drug problems, but they weren’t performance enhancing drugs. (A remember the innocent days of cocaine?)

PREDICTION: Not this year.

WOULD I VOTE FOR HIM: No question.

Look, I get the arguments against Jack Morris. I understand the high ERA and the tendency to look past his win total. I get it.

That being said, I’m a big fan. And I watched enough games that his teams desperately needed to win and he won. Yeah yeah yeah, big deal.

WOULD I VOTE FOR HIM: Sure, but I know it likely won’t happen.

Maybe this is even more of an emotional pick than even Jack Morris, but man the Cobra was great. His first peak, in the late 1970s, he was arguably THE best hitter in the National League. And he had a cannon for an arm to boot. Then after his drug problems nearly won the MVP again. When you have two stretches about a decade apart of being among the elite, that should count for something.

WOULD I VOTE FOR HIM: I’d have to say yes.

I think he was oddly underrated during his career even though he was an MVP and a Gold Glove winner. And he will be strung along a la Andre Dawson and Jim Rice and Bert Blyleven in his Hall of Fame candidacy no doubt. Why do that to the classy Larkin? Vote him in!

PREDICTION: He gains votes but not enough.

WOULD I VOTE FOR HIM: Yes. He deserves it. 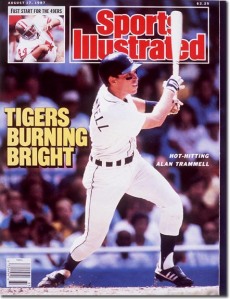 A tough one for me. He was terrific, had dominating years, won a World Series MVP and along with Cal Ripken turned short stop into a power position.

He didn’t have many elite seasons and he had a hard time shining in Ripken’s shadow. I can see people voting yes and I can understand voting no.

WOULD I VOTE FOR HIM: I am feeling at peace today. Sure.

WOULD I VOTE FOR HIM: Not sure. I can be convinced either way.

At one point he sure looked like a lock for the Hall. But he seemed to be a classic compiler instead of a superstar. Now it will help his candidacy that his home run totals didn’t balloon up and nor did he.

He was a steady producer, but was he an MVP? Or even in the conversation as one of the elites? It seems harsh, but this is the Hall of Fame we’re talking about here.

PREDICTION: He comes up short but his defenders become more vocal.

WOULD I VOTE FOR HIM: Right now no. But I will listen, defenders. I changed my tune on Blyleven. 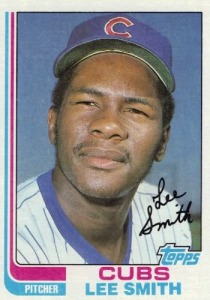 This is brutal for me because I was a big Lee Smith fan. I loved him on the Red Sox and elsewhere and thought he was a terrific pitcher.

But I am harsh on relievers. They are specialists and their job is to lock down big wins. He had two post season opportunities and came up short both times, losing critical games for the 1984 Cubs and the 1988 Red Sox.

Yeah, I am being mean. But what exactly is his great Hall of Fame moment?

WOULD I VOTE FOR HIM: I wish I could, but I can’t.

I wrote about Harold Baines and his Hall of Fame credentials last year. If he just got 7 more hits each year he played, he’d have 3,000 hits and his supporters would be out in force.

Instead he has 2,866 hits and will never get serious consideration.

PREDICTION: Not a chance.

WOULD I VOTE FOR HIM: Sorry Harold. Can’t do it. 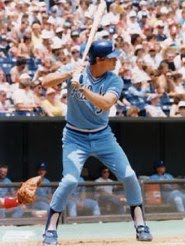 One of the all time good guys in baseball history, his peak was absolutely Hall of Fame worthy. Power, speed, Gold Gloves and MVPs are all on his resume.

But does a 6 year stretch, no matter how brilliant, equal a Hall of Fame career?

Sadly I don’t think so.

PREDICTION: No election for Murph.

WOULD I VOTE FOR HIM: No. He didn’t do it for long enough.

He had the worst luck of any Yankee legend ever. Read it and weep. For people my age, Mattingly WAS the Yankees. He was arguably the most loved Yankee to never win a World Series ring as a player. (Bobby Murcer would be up there too.)

He had a 5 year peak where he was THE best player in the American League.

Is 5 years enough for Cooperstown?

PREDICTION: His support is fading.

WOULD I VOTE FOR HIM: No, but not because I am a Red Sox fan.

I was a big Edgar Martinez fan and felt he was as fearsome a hitter as you can expect in the clutch. But as a hitter specialist in a hitter crazed era, he needed to have awesome career numbers to justify the Hall of Fame. And sadly, he didn’t reach any of them.

PREDICTION: No election for Edgar.

WOULD I VOTE FOR HIM: I couldn’t pull the trigger.

A two time MVP who once homered 5 times in a 4 game series? An imposing figure and terrifying home run hitter.

And one of the faces of the ‘roid era.

He will get a startlingly small amount of the vote.

WOULD I VOTE FOR HIM: No way.

But the back of his baseball card doesn’t lie. When he became teammates with Jose Canseco he magically became an elite home run hitter.

And oh yeah, he tested positive.

WOULD I VOTE FOR HIM: No. Period.

I covered this already in my Ron Kittle entry. He was destined to be a Kittle/Steve Balboni type with a better eye. Then suddenly he became the biggest home run hitter in history.

It was fun.
It was cool.
It was fake.

PREDICTION: Hall of Fame voters talk about the past. His chances are toast.

WOULD I VOTE FOR HIM: Nope, but thanks for the memories.

All had nice careers… but who would put them in Cooperstown?

As for Bobby Higginson, Marquis Grissom, Lenny Harris, Kirk Reuter, Raul Mondesi, Carlos Baerga and Charles Johnson… I am just eager to see which one gets the sympathy single vote.

This afternoon I was at a yoga class. I realize that I couldn’t possibly write anything that makes me sound more like a resident of California than that. But I am going to be 39 this year and I can already feel my body falling apart. And say what you want about yoga, the people who do it like pretty damn healthy when they enter their 40s.

So I was dutifully stretching my body out and about in a studio located in my suburb of Los Angeles and my butt was kicked.

At the end of class, we lie back… allow our bodies to completely relax… and clear our minds of any thoughts.

And as I was lying there, I tried to clear my head. But how could I? Tomorrow they announce the results of the Hall of Fame election.

As everyone else in the room was reaching the pinnacle of inner peace and reflection, I kept seeing the ballot in my head and who I wanted to get in.

Now note I didn’t say who I did NOT want to get in. While there are some people whom I would not vote for if I did have a say in the matter, I can’t imagine being upset or actively rooting against someone’s election.

Maybe it is the yoga, but I can’t waste any anger on someone getting elected to the Hall of Fame. I would just shrug and say “Well, he wouldn’t have gotten my vote but that’s life.”