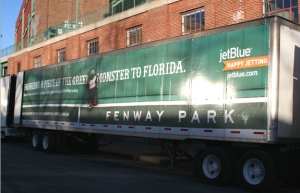 The Super Bowl is over… football is done… and the promise of the new baseball season is right around the corner.

It’s Truck Day everyone!
And I don’t care who thinks the Red Sox are evil now… I want a pennant in 2011!
(I WANT a World Series title, but I’ll settle for a Pennant!)

Let’s get this Spring Training going!

OK, now I think Brian Cashman is f—ing with us.
Either that or he has read my posts where I keep picking on him for signing broken down players who were awesome in 2005.
And just when I think I am done beating that dead horse, I wake up to see the Yankees have signed Eric Chavez and Ronnie Belliard.
Yup, Chavez who was a 27 home run hitter and a Gold Glove winning third baseman in 2005, and Belliard who was an All Star in 2004 and a solid member of the 2005 Indians, have joined the other formerly awesome players from 6 years ago on the Yankees.
Freddy Garcia, Mark Prior, Andruw Jones and 2005 Cy Young winner Bartolo Colon are all going to break camp along with Eric Chavez.
And like all of them, Chavez has broken down. He played 160 games in 2005. Since 2007, he has played 154 games… total.
In 2009 he batted .262.
Let me be clear about something… that was his OPS!
His batting average was .100.
If you are looking for power from Chavez, he has hit 3 homers since 2008.
Belliard has at least been a serviceable backup, although his day of being a starter have long been in his rear view mirror.
If they just want players from 2005, why not just bring back Tino Martinez and Bernie Williams?
Hey, Richie Sexson can always come back?
Why not? 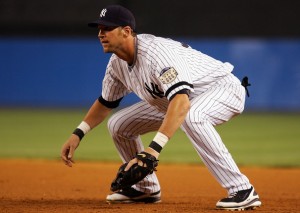