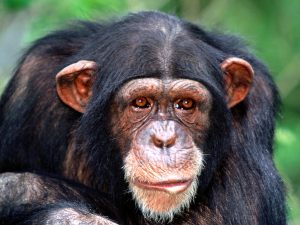 On April 10th, no fewer than 10 of my readers and friends forwarded me an article written by someone named John Steigerwald (pictured above.)

He wrote a piece where he made fun of Bryan Stow for wearing a Giants jersey and had such wonderfully flip quotes as “if he ever comes out of his coma, why he thought it was a good idea to wear Giants’ gear to a Dodgers’ home opener” and vomited up his own takes on why grown men shouldn’t wear jerseys to a game.

And of course the gem that the Dodger fans were “protecting Dodger turf.“

I read it several time, not believing what my eyes were registering. This a–hole was being serious.

This guy was at a newspaper! The Observer Reporter in somewhere called Washington, PA printed this. There was an editor named Chris Dugan who read this and said “OK, love it. Run with it.” 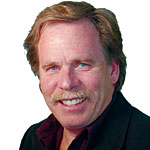 So naturally I was angry when I read it. I wrote an angry comment along with the many other people who did the same.

The response was intense, so much so that he posted a response on his blog. It was unrepentant. He said he didn’t mean to insult the family and claimed he didn’t blame Bryan (even though he did over and over in his column) and basically felt we were all over reacting.

Oh dear how the internet exploded.

My pals at NBC Sports slammed him.
The good folks at SB Nation dug up old video of him wearing sports uniforms at an adult, the very thing he blamed Stow for.

He was slammed from New England at NESN to the Bay Area.

His stupid and horribly written article was linked from coast to coast. As was his middle finger response from his blog.

He went on TV to defend himself and he is part of the debate involving Bryan Stow.

And guess what folks?
Steigerwald won. Not to get all Admiral Ackbar on you, but it was a trap!
We did exactly what he wanted to do.

Let me ask you something. Before this week, did you have any idea who John Steigerwald was?

If you did, you are probably from the Pittsburgh area where you have some vague memory of him being a fired sports caster.

How often did you read the Observer-Reporter before this week? Did you even know where the hell Washington PA was?

A has-been anchor stuck writing for a suburban newspaper sees the sports landscape passing him by. So how does he inject life into his sports relevance?

By crafting well written articles that show he has a unique voice?

No. That would require ability. 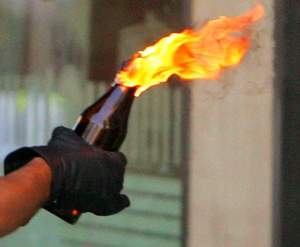 Instead he saw a subject where there was national outrage and said “What if I took the other side?”

So he threw a Molotov Cocktail into the debate and hoped that we would all get upset… and pass around his article.

It has hundreds of thousands of hits now.

And he gets to portray himself as a sports guy who “Tells it how he sees it without worrying if it is politically correct.”

Even his blog proudly proclaims “No Punches pulled here!”

And the internet is so vast and wild that no doubt there are morons who agree with him who will now read his stuff thinking “Yeah! I think just like John Steigerwald!”

He posted on his blog a crocodile teared apology to his original non apology for the original article. (So now that will be three things passed around.) But no doubt he is chuckling during this whole thing as are the editors of the Observer-Reporter who love the increased traffic and their new found star.

In fact he has made jokes about the whole controversy on his blog. Very contrite guy.

Actually in his bogus “Sorry that everyone thought I blamed the guy” post he made a very interesting claim.

“Do you know how many angry phone calls the Washington Observer-Reporter received on Sunday and Monday after the column appeared in Sunday’s paper?

Um… I called. And I know at least three other people who did as well. So that statement is a lie. I would comment on that, but he has disabled comments.

Nothing says “Pulling No Punches” like lying to save face and not allowing people to call out the B.S.

And Steigerwald has a book available on line for purchase. No doubt it is a literary masterpiece and he will sell a few more copies of it based on this fiasco.

Stop clicking on his stuff folks. You will notice I put no links to his articles on this post. The internet should be a great fun and slightly insane place for people of all opinions to be heard. But we shouldn’t reward people who are causing trouble just for the sake of causing trouble.

Now I have been known to pick a few fights and write an inflammatory blog post from time to time. 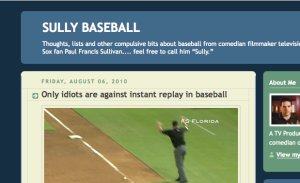 But there is a difference.

Instant Replay is about the game and whether or not Armando Gallaraga got a perfect game.

Nobody goes into a coma on the wrong side of this debate.

Nobody’s struggle for life is belittled in this debate.

Let’s not reward those who step over the line of decency. He has the right to say whatever he says, of course. But that doesn’t mean he should get any more fame than he already has. It was a calculated and rotten move that he made.

Now I can curse the darkness, but I’d rather light a candle.

Obviously the Observer-Reporter needs to decent baseball columnist. I would nominate myself for the job, but there should be someone who has Pittsburgh area ties writing there.

Pat Lackey has brought the goods for years at Where Have You Gone Andy Van Slyke? Put him on the payroll.

Carson and Corey at We Should Be GMs cover Philadelphia and Pittsburgh sports and they do a great job.

Dave Harrison at Bucs Trade Winds is always entertaining as are the good folks at Raise the Jolly Roger.

Comedian Joel Solomon is a lifelong Pirates fan and super clever. Give him a shot.

Contact Chris Dugan, the Sports Editor of the Observer-Reporter.
His e mail is dugan@observer-reporter.com and let him know that there are better writers out there who will contribute good solid material without dipping to Steigerwald’s level.

And for the rest of you, don’t go to his site nor forward his stuff.
He had his shot for relevance and he decided to belittle a man in a coma.

Let’s move on and play ball. 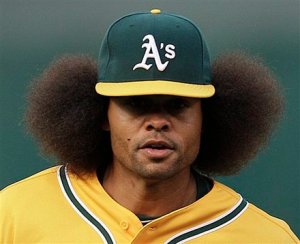 This picture is special.

The awesome yellow uniforms.
The amazing hair.
The cool nickname. 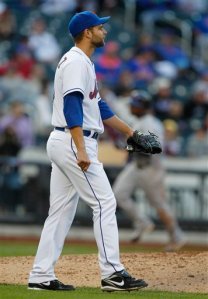 I took a lot of heat from Mets fans when I predicted their team would lose 90 games.
I have nothing against the Mets, but they weren’t good last year and they are older and have the financial stink of the Madoff scandal hanging over the team.

Well, I was called all sorts of names… my sexual preferences were questioned… my weight was pointed out… my IQ was mocked…

And as a Red Sox fan, I really shouldn’t be throwing stones about bad starts. But STILL!
After the Mets dropped 4 games at home to the Rockies, the first 3 by one run, the Mets are at 9 losses.

8% of the way through the season and they are 10% of the way towards 90 losses.
That means they can improve their rate of play and still hit 90.

Yeah, I know the Red Sox have 9 losses as well. There’s a difference between a bad start and a bad team.

90 losses.
They are 10% of the way there before our taxes are filed.