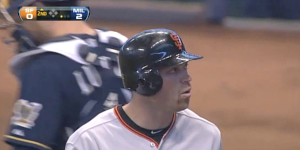 The Giants offense, save for a grand slam by rookie Brandon Crawford, looks beyond dormant in the wake of the Buster Posey injury.

Suddenly this season that was filled with walk off hits and post World Series mania could take an ugly turn.

In fact it already has.
The DIAMONDBACKS are in first place as I type this.

Read that sentence again.
How did THAT happen that Arizona is in first?

(More on that later.)

Make a deal, Giants. Give the team a positive bolt. I already suggested Jose Reyes (I think it is a no brainer to bring bring in Reyes.)

But make SOME move now… Something to bring a little positivity back to China Basin. 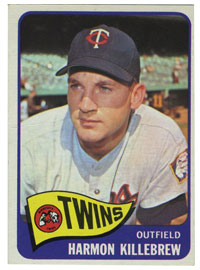 A couple of people wrote to me in the last few weeks wondering why I haven’t written anything about Harmon Killebrew who recently passed away.

I gave a lengthy tribute to lesser players, like Jim Bibby and Cliff Dapper. Why not a Hall of Famer like Killebrew?

Well, I felt writers who saw him play and his former teammates all paid wonderful tributes to the great slugger. I didn’t have anything else to contribute.

But I will share a few thoughts that I had on the only Minnesota player to wear #3.

One of the great figures in Minnesota sports history almost never played there.

During the 1959 season, the lousy and cash strapped Washington Senators were offered $500,000 for their young phenom third baseman Killebrew. They were turned down. But if they caught Senators owner Calvin Griffith at a more vulnerable time, he might have made the deal.

Killebrew would have joined Frank Robinson, Gus Bell and Vada Pinson on the 1959 Redlegs squad. By the time Pete Rose would arrive in 1963, the Reds would have an all time great lineup with Killebrew protecting Robinson in the line up and driving in Pinson, Rose and Bell. He might have been a legend in Cincinnati! 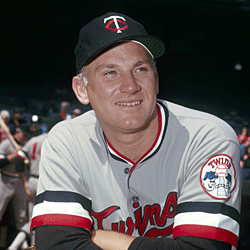 The nickname was a total misnomer

The handle “Killer” was in many ways as lazy as the A-Rod, V-Mart nicknames I trashed in one of the Sully Baseball videos. Sure “Kill” was in his name, but he was as gentle a slugger as the game has ever seen.

Over his 22 seasons in the bigs, he was NEVER thrown out of a game. A hot head he was not, let alone a killer. 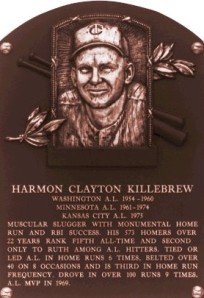 Seriously? The man who when he retired was #5 on the All Time Home Run list and did so in a pitchers era couldn’t get elected?

Was this more insane “I won’t vote for the guy on the first ballot” BS? 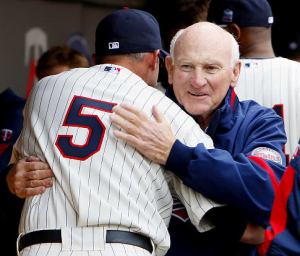 His passing was sad but had one best case scenario

Of course his passing was tragic and a sad event in baseball. But part of me is happy that not only was he able to go on his own terms and have his wife by his side, but that the tributes to him were not all posthumous.

I’d like to hope that he saw at least one of the many montages and segments produced in his honor. Sometimes too much praising is done after someone is gone and not enough when they are still with us.

That wasn’t an issue with the Killer. 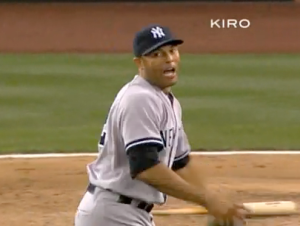 The much maligned Yankee bullpen came up big tonight in Seattle.
Ivan Nova couldn’t make it out of the 4th, giving the Mariners the lead with defending Cy Young Award winner Felix Hernandez on the mound. But then pen combined for 7 1/3 shut out innings and the Yankees crawled back in and forced it into extra innings.

And ironically the game was lost by Mariano Rivera, the ONE reliever people think they can count on.

The Yankees lost the series in Seattle and are now behind in the win AND loss column against the Red Sox.

Thanks for the help, Mariano.