Congrats to Gerrit Cole, the UCLA pitcher that the Pirates picked #1 over all.
A first overall pick by the Pirates?
Man… those are some pretty TINY shoes to fill.

If Cole can pitch well enough to overshadow his crazy wife, then he will be a better investment than 1996 #1 overall pick Kris Benson.

Pitch 7 games in a Pittsburgh Pirates uniform and you will have a greater impact in Pirates history than 2002’s #1 overall pick Bryan Bullington.

Hell if he plays a single game for the Pittsburgh Pirates he will be a better pick than 1994 first rounder Mark Farris, 1998 pick Clint Johnson and 1999 pick Bobby Bradley!

What I am saying is that the Pirates have a great history and tradition, but their recent draft history isn’t pretty.

But hey! Cole could be traded. 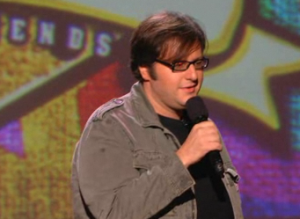 Tonight on the Podcast I play the second part of my interview with comedian, Mets fan and co creator of the up coming comedy concert film Tell Your Friends Liam McEneaney.