I hope you enjoyed the Hall of Fame ceremony yesterday. Pat Gillick, Roberto Alomar and Bert Blyleven all deserved to be voted in. I have supported Tim Raines, Jack Morris, Barry Larkin and Dave Parker in the past.

With the Cobra off of the ballot, there is good news for Raines, Morris and Larkin:
Next year’s first time Hall of Fame ballot stinks.

I’m not kidding.
My dad and I went down the list of all the players who will be on the ballot for the very first time. 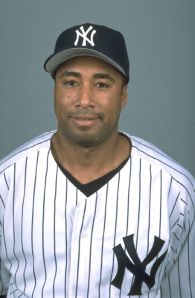 Heads and shoulders above all the other first time candidates is Bernie Williams.

Look, Bernie was a terrific player and a Red Sox killer. He was a champion who wore the pinstripes with honor and had clutch post season moments in the 1990s and the 2000s.

Nobody is denying that his #51 deserves to be retired at Yankee Stadium and he should get standing ovations in the Bronx for the rest of his life.

The only reason he should be at the Hall of Fame induction is if he is hired to be the musical act.

And he’s BY FAR the best new candidate.

Wow.
Not a valid argument for one of them. Other than Bernie Williams, what player deserves 5% of the vote to keep them on the ballot a second year?

Williams is the only person on that list that I think has a prayer of being on the ballot in 2013, and that will probably be because a lot of sports writers think he is a nice guy.

So with writers feeling like they should put SOMEONE on their ballots, Larkin, Morris, Raines and maybe even Lee Smith will get some more love than usual. Maybe 1 or 2 of them will be pushed over the top.

And I hope they do because next year will be the last normal voting year before the dreaded 2013 ballot.

Sure there were juicers on last year’s ballot and Mark McGwire, Juan Gonzalez and Rafael Palmeiro will return for more (or less) votes next January. (So will Jeff Bagwell, a slender hitter with limited power who packed on muscle fast, hung out with Ken Caminiti and became a Hall of Famer. Not saying anything except facts.)

(Throw in Sammy Sosa too for good measure.)

2013 will be the LEAST FUN Hall of Fame vote in history. The feats of Bonds and Clemens will be staring at us all in the face… and nobody will know what to do.

It’s great news for Craig Biggio, whose 3,000 hits will get him in automatically (just ask Rafael Palmeiro and Pete Rose.)

And it will probably be great news for Mike Piazza (although there have been louder whispers about Piazza’s physique than for Bagwell.)

Voters won’t know what the hell to do. So the borderline cases might ALL get in as a way to procrastinate or put off the inevitable.

All I know is this:

The next few years of Hall of Fame voting will be so NOT fun that you will become nostalgic for debating over Robbie Alomar spitting in an umpire’s face.

Anyone who still uses Wins and Losses as the end all and be all for determining a pitchers worth (I am looking at YOU, anyone who didn’t give Felix Hernandez the vote for the 2010 Cy Young) let me bring up three pitchers right now.

All have identical win and loss records.

One is A. J. Burnett, the wonderfully talented yet outrageously inconsistent pitcher for the Yankees. Some days he can be a completely dominating pitcher, but most times he gets derailed by a single bad inning and puts more pressure on the bullpen then necessary. Despite his wonderful ability and his crucial Game 2 victory in the 2009 World Series, not a soul on the planet thinks he can be an effective #2 starter for a pennant winner.

Another is John Lackey. Red Sox fans hated him when he was with the Angels. But they HAAAAAATTTTTEEEE him now as a member of the Boston starting rotation. He had a subpar 2010 with the Sox, the first year of his 5 season deal with the Sox. But this year, a series of grotesque outings and injuries had his ERA skyrocket into the 8’s by the middle of May and stayed in the 7’s as recently as the Fourth of July. On independence day, he got lit up in Boston by Toronto (the only baseball city under any British control, ironically.) 7 runs in less than 3 innings work will get the boo birds out. However, a three game winning streak has improved his record, but his ERA remains a horrific 6.28 and he is hardly a confidence building ace on the mound.

And finally, Tim Lincecum. The 27 year old ace for the Defending World Champs has already started compiling a Hall of Fame resume. He’s not there yet, but the two Cy Youngs and being a World Series hero certainly make for a fine first paragraph. While he isn’t the front runner for this year’s Cy Young Award, he still is putting up All Star worthy numbers. Second in the league in strikeouts, he is sporting a solid 2.90 ERA deep into the season. He is in the top 10 of innings pitched and lowest batting average against. With a little more offensive support, he’d have some more wins. His last outing he went 7 innings letting up a single run while striking out 7. He got the loss.

All three of these pitchers have a record of 8-8.
If you just glanced at the win loss record, you would assume they were all the same caliber pitcher having similar years.

Could you possibly equate these three pitchers?
Can you really say “so far this season, they are all doing about the same”?

If so, please comment below. I wonder if there will be a “non insane” response. 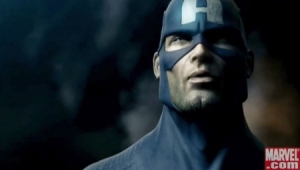 I never really knew much about Captain America growing up. I was more of a DC Comic reader growing up.

So when I saw the preview for the movie that opened this weekend (and made more money that I could make in 10 lifetimes) two things struck me as odd about it.

First of all, what the hell was Paramount thinking NOT releasing this on 4th of July weekend?

Secondly, didn’t Steve Rogers’ transformation from a weakling to Captain America ring a bell with you?

A kid has tremendous heart and desire, but doesn’t have the physical abilities to succeed… or at least keep up with the competition.

So in order to keep up and beat the competition, he is pumped with all sorts of unusual chemicals that transforms his body and BANG! He’s a hero! He’s the best! Everyone wants to be him!

Replace Dr. Abraham Erskine and his Super Sodier Serum with Victor Conte and “The Cream and the Clear.” 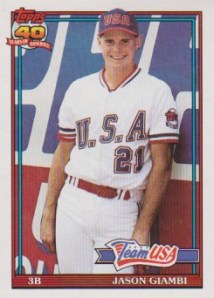 Switch out Steve Rogers with Jason Giambi wandering into the A’s clubhouse in 1995 meeting his new teammate Mark McGwire and in 1997 teaming up with Jose Canseco.

A few trips to BALCO later, he went from a lean first baseman to a professional wrestler! 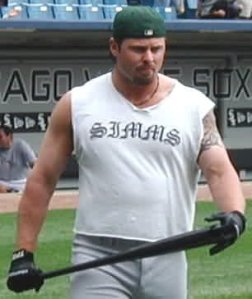 It’s the same damn story!
Granted, Captain America was taking out Nazis, so there’s no loss of honor pumping your body up for THAT goal.

But still, are you trying to tell me that Stark Industries couldn’t have made some quality post war bucks bulking up some big leaguers?

Here we are trying to get the whole steroid era behind us… and we have some awful Hall of Fame controversy on the horizon, the Bonds and Clemens trials this year… and now Hollywood is making juicing COOL again?

It’s a bad lesson for kids.

Kids should know that if you want to turn your body unexpectedly into a muscular frame, you should do it more honestly!

You know like being bitten by a radioactive spider or getting hit with a ton of gamma rays!