Let’s take four big league franchises and look at what they’ve done in the past 10 seasons.

Franchise 1 clearly has been the most dominant team of the past 10 seasons.
Franchise 2 had a great stretch but hasn’t been in the World Series nor LCS as much as Franchise 1.
Franchises 3, and 4 each won a title and a few pennants but were hardly dominant.

Which franchise do you think is which?

Franchise 4 is the Giants.
Franchise 3 is the Yankees.
Franchise 2 is the Red Sox.
Franchise 1 is the newly crowned World Champion Cardinals.

Next time in this off season you hear someone crow about how the Yankees win it every year and how they and the Red Sox just buy pennants, remember than in the past 10 years the team that dominated was actually in St. Louis.

The three other teams I mentioned had a monumental face plant in that span of time. The Giants blew the 5-0 lead in a potential World Series clincher in 2002. The Yankees had the 2004 ALCS. The Red Sox had the 2003 ALCS and the great collapse of 2011.

What was the faceplant for the Cardinals?
Where was their classic choke job?
Who was their Aaron Boone? Dave Roberts? Scott Spiezio?

The Cardinals have had the Jim Edmonds homer, Pujols against Lidge (yeah Houston won that Series… nobody remembers Game 6.)… Wainwright striking out Beltran… Carpenter shutting down the Phillies… and Game 6 of the 2011 World Series.

Remember that… the big bad Cardinals have won it again. 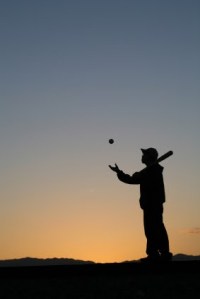 Only 3 and a half months before pitchers and catchers report… 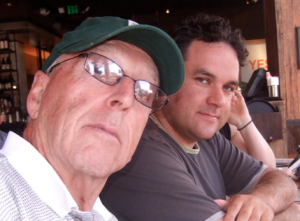 The Game 6 classic was truly one of the greatest baseball games I ever saw in my life. It was insane. It was bonkers.

It was so obviously a classic. I was kind of shaking when the game was over. And I desperately wanted to talk to someone.

I called my dad. Now I had no idea if my dad was watching the game recorded.
“Yeah.”
“Dad, how much time did you leave at the end?”
“Normal length. Why did it go long?”

I paused. I knew there was NO WAY he was going to record the whole thing. He would be watching it and somewhere it would run out.

So I proceeded to tell my dad all about the game.

I could build the suspense and hear my dad saying “No!” or “Oh my god!” as I told him how the Cardinals kept creeping closer and coming back.

And then I described the finale.
Long pause.

And then we started talking about the greatest World Series games we ever saw.

Clearly this was a top 5 game for me.
And my dad experienced it with me telling him the highlights by cell phone.

And in a wonderful way, I got to experience it again… but this time it was a gift to my dad.

And THAT is a Fall Classic.