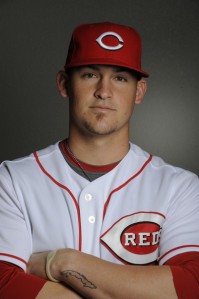 The Padres got the best players named Yasmani, Yonder and Edinson in all of baseball.

Actually I am not sure how Mat Latos will fare in Cincinnati. But his stats dipped last year and no doubt the Padres are banking at the 24 year old Latos’s Cy Young contending season in 2010 was a fluke.

And maybe the Padres were thinking that maybe he was a PetCo Park creation.
Either way they get Yonder Alonso who was one of the top prospects in baseball before the 2009, 2010 and 2011 seasons.

They got Edinson Volquez who was an All Star in 2008 and only 28 and heading into a great pitchers ballpark.

And someone named Brad Boxberger was sent to San Diego.
He’s a 24 year old reliever who can strike batters out.
He struck out 93 batters in 62 innings last year. He had 6 2/3 strikeouts for every walk thrown.

I’m telling you. I said it once and I’ll say it again.

The Padres have a plan.
I have so much more confidence in the Padres than many other high profile teams.

And you’ll hear names like Boxberger and Yonder and Edinson and Yasmani will be in October before a lot of better known names.