Happy New Year my readers.
Going into 2012, obviously I want the Red Sox to win it all… but I doubt that they will. They have too many holes and I want them to treat 2012 as a year to take stock.

I’d love to see my National League team, the San Francisco Giants win. I think they have a solid shot to win the N.L. West, especially if Buster Posey comes back.

And of course I’d like to see the Yankees crash and burn.

Other than that, besides drama I would really like to see one of five teams make the playoffs this year:

The Orioles, the Nationals, the Pirates, the Blue Jays or the Royals.

Not one of those 5 teams played in the post season in the 2000s.
(The Royals and the Nationals/Expos franchise didn’t see October baseball in the 1990s either!)

Teams shouldn’t go two decades without a post season appearance and we have 8 years to remedy the situation. The Rangers and Reds didn’t play in October for any season in the 2000s but quickly changed that in the 2010’s. Hell, if the Rangers got one more strike, they’d take themselves off of the “Waiting for a Championship” board.

But let’s pick it up. ONE of those teams has to have a shot. Don’t tell me it is hopeless. Who predicted the Rays could have won a pennant in 2008 in a division with the mighty Red Sox and Yankees?

The Red Sox are in flux and the Yankees are old. The Orioles or Blue Jays could sneak in.

Who is the powerhouse in the A.L. Central? The Tigers? A young talented Kansas City team could surprise everyone.

The Phillies are a year older and as Ryan Howard showed us, potentially prone to injuries. And the Nationals have a talented rotation. Why not them?

Why can’t the Pirates, who were contending in July, put it together for a whole year in a tightly packed NL Central?

If ALL of those scenarios come true, then it will be odd.
But ONE of them? How hard could it be for ONE to come true?

Let’s go.
Your fans have been waiting long enough. 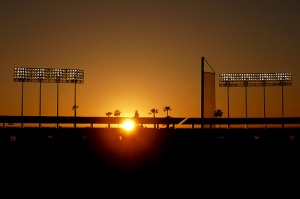 2011 was a great year for Sully Baseball, if not for the Red Sox.
More videos, more podcasts and more readers than ever.

Thanks for all of your support (and keep sharing the videos!)

A.P. is reporting that the Boise Hawks, a Single A team for the Cubs, has hired Bill Buckner as their new hitting coach.

Here is how the report reads:

Buckner will be with the Boise Hawks of the short-season Class A Northwest League. The Cubs made the announcement Friday.

The 62-year-old Buckner was a manager last year for Brockton, a Massachusetts team in the independent CanAm league. He previously was a hitting coach for the Chicago White Sox and held the same position in the minors for Toronto.

Did you notice what part of his biography they left out?
That’s a good thing.

Buckner played for the Cubs and was a batting champ and has forgotten more about hitting than his critics will ever know.

Good for the A.P. for referring to him as “Former Star.”
That’s EXACTLY what he was.

And if you think they should have included anything in his bio about a World Series game, then kindly watch this video…