In the late 1990s and early 2000s when the last remnants of the Yawkey empire was still crushing the Red Sox, there was talk about building a new Fenway Park.

Fenway was old. Crumbling. It smelled like Pee. It was hard to get to. The seats were too narrow. And the explosion of new ballparks in Cleveland and Baltimore and around the majors made the popular rallying cry “New Stadium Equals More Jobs And Championship Teams!”

The Red Sox wanted a new Fenway Park and there was a campaign to build it.

I remember seeing a commercial reminding people that the last time the Red Sox built a new stadium, they won the World Series. (The Sox won the thrilling 1912 series.)

Check out info for the proposed New Fenway at Ballparks.com.

The park would look like Fenway. It would have the same dimensions. The left field wall. The triangle in center. Williamsburg Bullpens in right. A Citgo sign over the wall.

But the concourses would be wide and there would be an upper deck.
It would be cleaner. And respectful of the past.

They were going to preserve the original diamond of Fenway and have that be part of a Museum.

It would be a wonderful Red Sox wonderland.

And it would be in the same part of town… JUST ACROSS THE STREET!

And most of the financing would be private.

How could that be a bad thing?

Well the new management came in and they decided that Fenway Park was actually an asset and not a liability.

They fixed up the park. Built the Monster Seats. Made the Fenway Experience more enjoyable. And hey! In just two years the Sox won the World Series!

And what would have happened if they went through with the project? 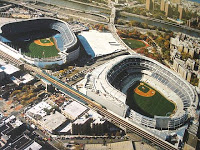 It would have been like what happened in The Bronx.

There was nothing wrong with the old new Yankee Stadium. But they built the new one, made it feel like the old one and even kept it in the neighborhood.

But there is no connection to the past in the new place.

I would write more about that topic, but I am standing on thin ice doing that as a Red Sox fan. Instead read what Yankee fan and friend of Sully Baseball Jason Keidel wrote for CBS New York today.

If there was a new Fenway Park, there would be no celebration today for 100 years.

This would be the 6th or 7th anniversary of what would inevitably be called “First National Savings Bank of Boston Park at Fenway.”

I like the old park.
I don’t live in New England anymore but I like knowing that the new (not that good) team in Fenway will be playing on the same grounds as Ted Williams, Yaz, Rice and Dave Roberts.

And someday the Red Sox will actually clinch the World Series in Fenway. And when they do, they will be doing it in Fenway Park.

I’m glad about that. 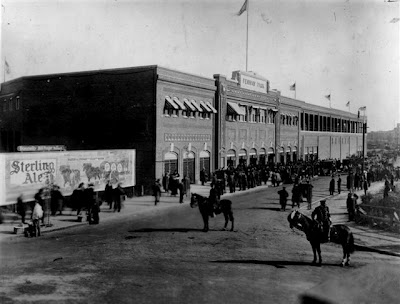 I know it isn’t even late April yet. But I am not out of line to think that the Red Sox should be thinking about a Plan B in the managerial department.

In my latest for Bleacher Report, I do more than think about a new Red Sox manager. I make a list of suggestions.

Check it out and pass it around.
The article can be found HERE.