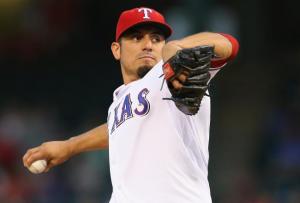 I knew pitchers were going to sign really quickly after Tanaka signed. I knew the teams that were willing to pony up big bucks for Tanaka could look at Garza as a lower budget consolation prize.

I thought the Mariners, Angels, Orioles, Dodgers, Diamondbacks and even his old team the Cubs would take a stab.

But here are the Brewers, evidently finding $52 million under the sofa cushions.

What’s going on here? In an off season where we have been distracted by all things Yankees (will they sign Cano? What will happen to A-Rod? Hey! They got Tanaka!) the Brewers of all teams have swooped in and snagged one of the big fish.

Now Garza is turning 30, so there is risk giving him a 4 year deal. There is further risk because his last two seasons have been injury plagued.

And there is even MORE risk when you consider that the Cardinals are still the cream of the crop, the Pirates are super talented and Cincinnati still has ability. Cracking the playoff picture by way of the Central is a tall order.

And yet here we are, pending a physical, Garza is heading to the Brewers. 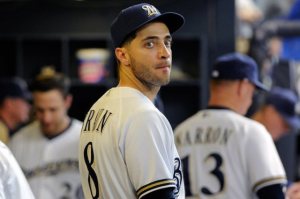 What are they up to? Are the Brewers trying to smooth over the bad feelings after the Ryan Braun fiasco?

Are they trying to make fans feel good and sell some season tickets before pitchers and catchers report?

OR are they showing the baseball world that they are the Go-To destination for all pretty good pitchers looking for a decent contract when their free agency has dragged on longer than expected.

The other player like that was Kyle Lohse, who twisted in the wind after the 2012 playoffs before being picked up by the Brewers during Spring Training.

Garza didn’t have to wait that long, but he is now part of a pitching staff that suddenly makes the Brewers interesting, if not contenders.

Yovani Gallardo is still a very good pitcher and has yet to reach his 30th birthday. Marco Estrada missed a few months with back and hamstring issues but pitched well when healthy. 25 year old Wily Peralta showed flashes of being an excellent young pitcher in his first full season. Lohse gave the team nearly 200 innings and a solid 3.35 ERA. And young Tyler Thornburg started 2013 in the bullpen but pitched very well in the rotation in October.

Add Garza to that staff and what do you have? Pitching depth.

Isn’t that what wins titles these days?

Even with question marks regarding Braun, Aramis Ramirez and the loss of Corey Hart, a good pitching staff could keep Milwaukee in a lot of games.

Jean Segura is a budding star at shortstop. Carlos Gomez had a terrific season Jonathan Lucroy is steady behind the plate and let’s face it. It is easier to get a bat than it is to get a good arm.

So what is happening here? This is not the American League which is wide open. This is the National League. Only a handful of teams seem to be a legit contender and the Brewers are not one of them.

Are they pushing their chips in haphazardly? The move does not cost them a draft pick as Garza had no qualifying offer. (The Rangers were not allowed to give him one after being picked up in mid season.) So it isn’t much of a gamble.

And a having a trio of veteran pitchers to influence young Peralta, Thornburg, Jimmy Nelson and Johnny Hellweg means the Brewers could be assembling enough arms to make a run.

If Gallardo won’t extend his deal, they could strike a deal for another bat while still having depth in their staff.

Do you know what it sounds like to me? It sounds like the Brewers are trying to emulate the Cardinals. They seem to be looking at the franchise that dispatched them in the 2011 NLCS and are thinking “how the hell did THEY do it?”

Pitching depth, not getting attached to stars and making sure a good arm is throwing every day seems to be the key.

In their own way, the Brewers are trying to follow that blueprint. They know their best chance to win a World Series in recent years came and went at the hands of the Cardinals in 2011.

The chances of them being better than St. Louis, Los Angeles or even Pittsburgh, San Francisco, Washington, Atlanta or Cincinnati are kinda sorta slim.

But if they are going to do it, this is the right formula.

Man, they may be on to something. 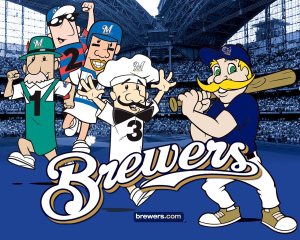 2 thoughts on “What the hell are the Brewers up to?”