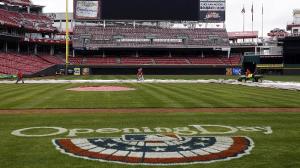 It is opening day!

That’s one of the happiest days of the year for any fan of The Sully Baseball Daily Podcast.

Of course this being opening day, the Dodgers already have three games in the books. On today’s episode, I come up with another Opening Day concept.

It could be a great idea based on one of the WORST ideas MLB ever had: The Baseball Network.

Andrew Cashner, Chris Denorfia and Hyun-Jin Ryu all added to their totals for Who Owns Baseball.

To see the up to date “WOB” standings on MLB Reports, click HERE. 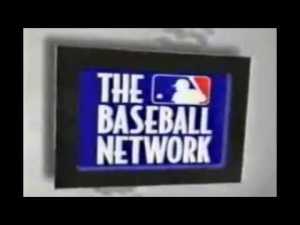 Call me cocky.
Hell, over the last 10 seasons, no team has won as many World Series titles as my team, the defending World Champion Boston Red Sox.

So maybe saying stuff out loud thinking it will curse the team is not something I worry about anymore.

As the 2014 season begins and the Red Sox defend their third World Series title since Aaron Boone’s homer and Dave Roberts’ steal, let me say that this Yankee season smells like a potential disaster.

It reminds me a little of how the Red Sox looked and felt just prior to the Bobby Valentine disaster.

Nobody seems to be picking the Yankees to win much, but everyone seems to think this will be a winning team and a contender.

Why? This isn’t me talking as a cocky Red Sox fan. If I were a Yankee fan, I would be enraged at the product on the field.

Is there a worse infield in the American League?

Kelly Johnson is a nice, adequate utility infielder. He can play a few positions, has some pop and doesn’t create a hole in the lineup. He has been a major leaguer for about a decade and turned 32 in February.

Ladies and gentlemen, that is the single most reliable member of the Yankees infield. He is being asked to be the regular third baseman. He has played that position in the big leagues 16 times… total… in 8 years.

Who else can anyone count on? Mark Teixeira? Please show me a single scouting report for him that says he is at 100%. Coming off a season where he played 15 times and was terrible, he is all but certain to be in a sharp, grotesque decline. His numbers were dropping steadily before his lost 2013 season.

Is his wrist suddenly going to heal and he become a threat again? Do you want to bet on it?

Do you want to bet on Brian Roberts on playing 100 games in a single season for the first time since 2009? Hell, he hasn’t played 80 in a season since then. 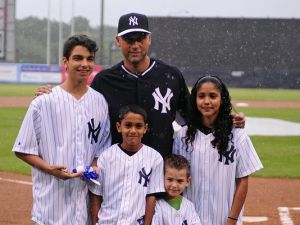 Or the brave Captain, Derek Jeter. Show me one evaluation of him that doesn’t talk about heart and guts as the Yankees hope he becomes the second every day 40 year old shortstop of the last half century. (Omar Vizquel was the other one, and he wasn’t coming off of a lost year and ankle issues.)

Kelly Johnson can’t back all of them up. And there is no way anyone can convince me that Teixeira, Jeter and Roberts will be in the same lineup 80 times this year. Which means more than half of the season, the Yankees will be playing minor leaguers and washed up veterans in the infield.

There is no superstar infielder they are going to trade for. They have no trade chips! If they had young big league ready players in their farm system, they would be on the major league roster!

By mid June, Yankee fans will be wondering if Alex Rodriguez’s suspension could be lifted.

Yes, the team upgraded their outfield with Carlos Beltran and Jacoby Ellsbury. But Ellsbury has had trouble staying healthy, as evidenced in three of his last four seasons in Boston. Is he suddenly going to become durable in his 30’s? Was his spring training MRIs all a precaution?

And Carlos Beltran is a fine player, but again one in his late 30’s. Did you notice the St. Louis Cardinals, the smartest team in baseball, let him walk? They are an organization whose record of knowing when to hold them and when to fold them with free agents is just about flawless. The fact that they didn’t make much of a pitch to bring him back should alarm Yankee fans.

He will be 37 this year and had injury issues with the Mets as recently as 2010.

Ichiro is done, but might see a lot of playing time if the injury bug hits the outfield. And Alfonso Soriano, someone else who is not exactly a spring chicken, was terrific in the second half for the Yankees. But was that a change of scenery fluke? You know, like Ichiro had in 2012.

Of course the name of the game is pitching. They need quality pitching to contend. If CC Sabathia is having a hard time reaching 90 MPH, then his decline from ace to merely adequate might drop even further.

Sure Tanaka could be an ace and Pineda could come back. Both of them have pitched as many games for the New York Yankees as me. That would be zero.

Hiroki Kuroda was marvelous for 2/3 of last year but looked every minute of his 38 years.

And in case you were in a coma last year, Mariano Rivera retired. David Robertson will fill into Rivera’s old slot, leaving Robertson’s set up slot in question.

Please point out which part of this roster is that of a winning team.

The last time the Yankees missed the playoffs, they went on a spending spree and went on to win the 2009 World Series (their only pennant in the last 10 seasons.)

They missed the playoffs again in 2013 and went on another shopping spree. The similarities end there. After 2008, they brought Sabathia, Teixeira, A. J. Burnett and Nick Swisher to a team that had a core of Posada, Matsui, Jeter, Cano, A-Rod, Damon, Pettitte and Rivera.

The bones of a good team were there. The new players were spectacular additions.

This spree of Tanaka, Ellsbury, Beltran and Brian McCann are being asked to be the core of this team. McCann (again, over 30) is a nice pickup and undoubtedly improves the team. Everything else is a lateral move.

Ellsbury (when healthy) is an MVP caliber hitter. He needs to replace Cano’s lost bat.

Beltran (when healthy) is a potential Hall of Famer. He needs to replace the home runs of both Curtis Granderson and Alex Rodriguez.

Tanaka should be a fine pitcher. He needs to make up for the loss of Andy Pettitte.

Nobody has replaced Robertson’s slot in the bullpen.

This is a team that can not afford a single major injury. Meanwhile their entire roster is either an injury prone player or an aging player (and they tend to have more fluke injuries.)

Bang up job for Brian Cashman assembling this roster and for the farm system for providing no help.

The Red Sox are better than this team. So are the Rays and the Athletics and the Tigers and even a banged up Rangers team.

What am I missing with this team? Where are the wins going to come from? Are we expecting people to tremble at the sight of this squad simply because they are wearing pinstripes?

My picks can sometimes be terrible. Hell, I thought the Red Sox were going to stink last year. But this reminds me of the 2009 Cubs. Everyone and their dog was picking them to win the Central. I didn’t mainly because I didn’t buy their lineup and rotation.

I looked foolish at the beginning of the season but was vindicated when the Cubs finished a distant second, barely over .500.

I don’t see it with this Yankee team. They have no depth, no farm, no trade chips and no margin for error. They are falling into the same trap that the Knicks, Mets and Rangers fell into, importing star players expecting them to carry the day.

And when they fall apart and their lack of depth gets the better of them like happened to the Red Sox in 2012 or the Phillies last year, nobody can say “This was something that was impossible to foresee.”

I did. I’m saying it now. The Yankees will finish 80-82 or worse this year. Mark the day and time.

My Red Sox fandom has nothing to do with this pick. It is my grasp of reality that is propelling this prediction.

I will review this at the end of the year and see how close I was to being right.

And I’m not afraid that I woke up any ghosts. The ghosts all were crushed ten seasons ago when Roberts stole that base. Curses and auras are gone. Cold hard reality lives on.