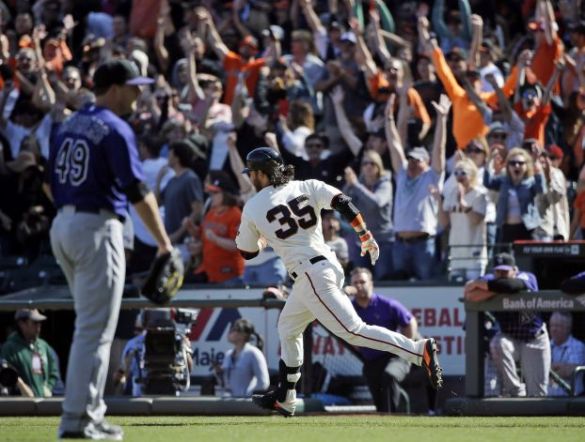 Gregor Blanco tried to end the Giants game with a walk off inside the park home run.

When THAT didn’t work, Brandon Crawford did it the old fashioned way.

And a game at the Bronx that was best described as “interesting.”

Gregor Blanco is thrown out trying to pull off an inside the park walk off home run. Brandon Crawford did the honor with a walk off shot into McCovey Cove to beat the Rockies, 5-4 in 10. DODGED BULLET

Mike Napoli and Jackie Bradley Jr did their best. But strange calls, stranded runners and a great Ichiro catch doomed the Red Sox to a 3-2 loss to the Yankees. TEETH GRINDER

Only the A’s play tomorrow… maybe we all need a breather.