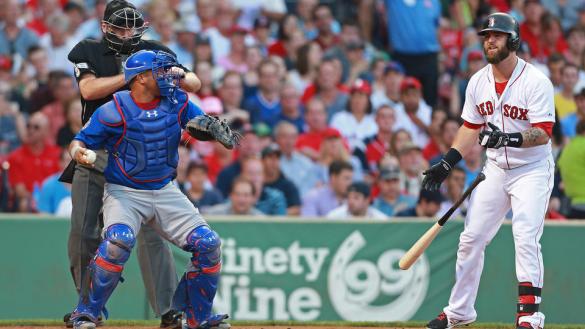 I had to turn off baseball tonight. I was yelling F Bombs while listening to games. Wherever I flipped to, there was something to tick me off.

The Red Sox saw the momentum of the Yankee series win die at home against the Cubs of all teams.

Friend of the podcast, Sean Doolittle, had a rare bad outing and surrendered the ultimate slam to lose the game for the A’s.

And the Giants didn’t even play but STILL lost ground as the Dodgers won a 1-0. LA’s magic number to clinch the west is 79.

The only good thing that happened is the Yankees lost. But even in THAT game, the Yankees tied the game in the 9th, so I dropped an F bomb then.

Rajai Davis hit the ultimate slam, a walk off grand slam with his team down by 3, off of normally unhittable Sean Doolittle and the A’s lost a heartbreaker, 5-4, in Detroit. TEETH GRINDER

Jake Arrieta threw no hit ball into the 8th and the Red Sox could not get any rally going as the Cubs won 2-0. TEETH GRINDER

Tim Lincecum pitches tomorrow. The Giants haven’t won since his no hitter. Maybe he has another one in him.

For the past month, no team has been hotter than the Cincinnati Reds.

Their pitching is incredibly deep and now they are starting to hit. A great second half is not out of the question.

That and an exhausting weekend of baseball on today’s episode of The Sully Baseball Daily Podcast. 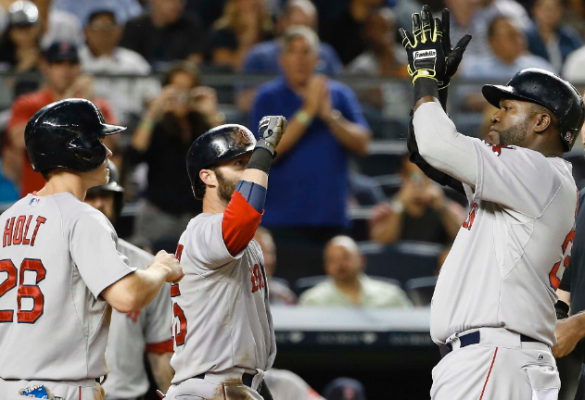 God forbid the Red Sox, A’s or Giants played a normal run of the mill game this weekend.

Don’t get me wrong, I enjoy any series against the Yankees that the Red Sox win despite dropping the first game to Nuno and had the spectre of Tanaka looming in Game 2.

And seeing the A’s pull off a sweep on the road is no easy feat.

It would be nice seeing the Giants NOT blow a 9 1/2 game lead in 3 weeks, something I didn’t think was physically possible.

But MAN, baseball this weekend took a lot out of me.

The A’s were the ones who fell behind this time.  But a Freiman home run and a gritty Milone performance made the difference as Oakland swept the Marlins in Miami, 4-3. DODGED BULLET

Homer Bailey took his bid for a third career no hitter into the 7th. The Giants made several boneheaded plays in the 9th to help the Reds turn a 1-0 game into a 4-0 shutout. TEETH GRINDER

The Red Sox could never pull away from the Yankees. The Yankees could never tie the Red Sox. In the end, David Ortiz’s homer and the wildness of the Yankee bullpen were the difference in Boston’s 8-5 win. DODGED BULLET

The Red Sox are creeping to .500 and break even in this tally.

Can they make something of this year?