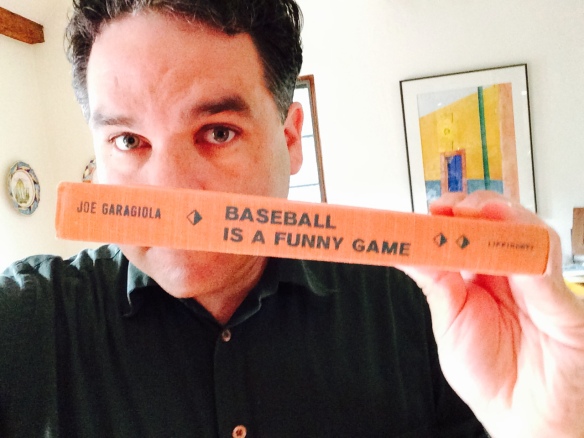 Joe Girardi and other managers like to manage by the book. Sometimes they do so to an insane measure.

What book SHOULD they be managing by? How about Baseball is a Funny Game by Joe Garagiola?

There is wisdom in that book that maybe could help give pitchers a little more confidence moving forward. I explain on today’s episode of The Sully Baseball Daily Podcast.

Buy a copy of Baseball is a Funny Game by clicking HERE.

END_OF_DOCUMENT_TOKEN_TO_BE_REPLACED

Earlier this year, before he threw a no hitter, I was wondering if Tim Lincecum should make the transition to bullpen closer.

Well if that is ever going to happen, we saw a nice preview. It helped matters that the Giants and Phillies game never ended and pitcher after pitcher came and went until poor George Kontos had to take the proverbial bullet for the team and start his third inning.

In came the Freak and while he was a little shaky (after all, he didn’t expect to pitch last night) but in the end, he got the save, the Giants are back in first and a game up on the Dodgers.

Just as they drew it up.

Meanwhile the Red Sox and A’s ground their teeth to the gums.

Buster Posey tied the game in the 9th with a homer and Brandon Crawford untied it with a bases clearing double in the 14th as Lincecum was pressed into closer duty and the Giants stole one in Philadelphia, 9-6. DODGED BULLET

The Red Sox collected 11 hits but could only plate 3 as poor Jake Peavy dropped another game, this one in Toronto 7-3. TEETH GRINDER

Once again all three teams are playing. Maybe their regular closers will get a chance to save some games tomorrow.