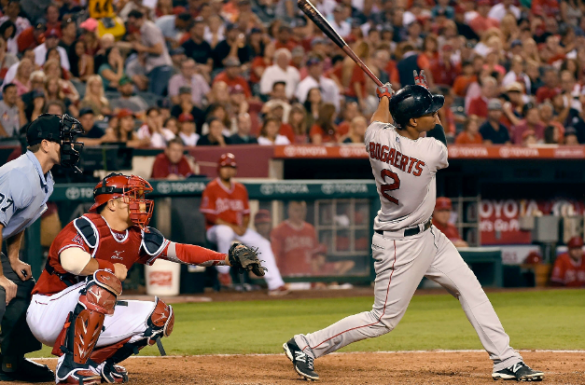 @sullybaseball @RedSox @Angels is it just me or do the Sox play in more obscenely long games than anybody else?

Oh there was a whopper of a long game LAST night.

It is an up all night and up early episode of The Sully Baseball Daily Podcast.

END_OF_DOCUMENT_TOKEN_TO_BE_REPLACED

Technically, the Red Sox and the Angels only played one game last night (or this morning.)

It seemed like 6 games. In one game the Red Sox were getting no hit. In another game Clay Buchholz finally threw a terrific game.

Then it happened. John Farrell inexplicably sent Buchholz to pitch the 8th inning and face Mike Trout with a 1 run lead and 118 pitches in the bank.

A homer by Trout and boom! The never ending game went into extra innings.

And as I tweeted during the game

Of course the Red Sox lost.

A 1-0 Royals lead in the 7th is broken open to 5-0 and the Giants bats just couldn’t solve James Shields. TEETH GRINDER

19 innings… with leads in the 8th and 14th. Yeah, I think the Red Sox had a chance but they lost 5-4 to the Angels on Albert Pujols’ homer. TEETH GRINDER

Less than 12 hours after Pujols’ homer, the two teams meet again. I may sit this one out.