It is time for The Sunday Request!

@sullybaseball white was by far the best player on teams that didn’t have a lot of other talent. Very similar to Mattingly. — High Heat Stats MLB (@HighHeatStats) August 15, 2014

It is an interesting comparison but one that stats can’t quantify. Love cant be dictated solely by numbers.

It is an emotion and logic episode of The Sully Baseball Daily Podcast.

END_OF_DOCUMENT_TOKEN_TO_BE_REPLACED 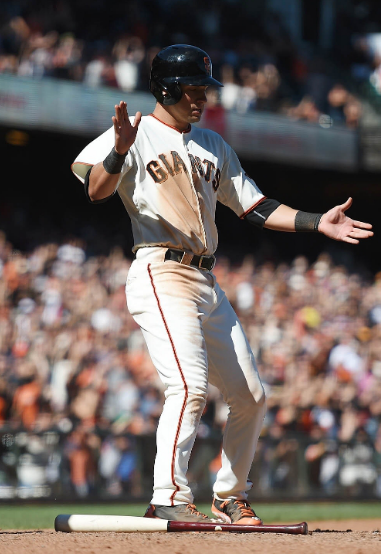 I am guessing he has heard it a lot. And the fact that the Giants were down 5-1 and came back thanks in part to Joe Panik tripling and eventually scoring the game winning run would give me license to say “the Giants didn’t PANIK!”

But that just seems so hacky.

(Let’s just be happy John Sterling isn’t calling Giants games so we can avoid these puns.)

Either way, the Giants are back in a playoff position.

Meanwhile the A’s wished they could turn back the clock to when they were actually winning games!

The A’s losing streak stretched to 4 games and they fell into a first place tie with the Angels after being up be as many as 6 games. The Braves snuck by, 4-3. TEETH GRINDER

The Giants were in an early 5-1 hole. But big hits by Michael Morse and Joe Panik and a go ahead hit by Gregor Blanco gave them a 6-5 win over Philadelphia. DODGED BULLET

The Astros took an early 5-1 lead. But David Ortiz homered twice (including career blast number 400) and drove in 6, leading the Sox to a 10-7 win. DODGED BULLET

Jon Lester takes the hill for the A’s. They need a win from him. This is why they traded for him.