Baseball might not get the best coverage on Sports Center. But we are now living in a Post-ESPN world.

It is a digital age edition of The Sully Baseball Daily Podcast.

END_OF_DOCUMENT_TOKEN_TO_BE_REPLACED 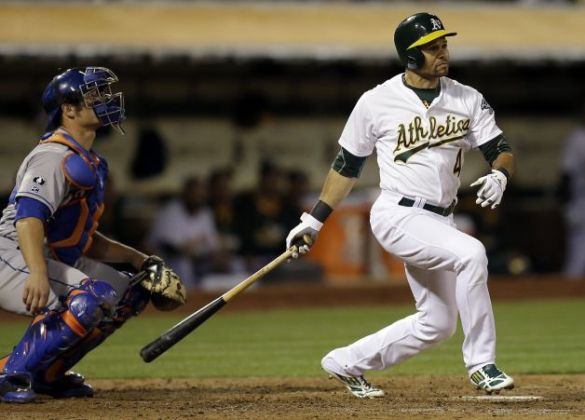 Man it seemed like a long time since the A’s have had something to cheer about. Some Oakland fans are close to declaring the Jon Lester trade as “The Curse of Yoenis Cespedes.”

They fell out of first place. Were swept by the Braves. And the Red Sox were not offering much help against the Angels.

In came the Mets to the O.Co and usually they are the tonic that cures all ills. But when the A’s fell behind 1-0 in the 4th, the crowd in Oakland couldn’t help wonder if this was more of the same.

Then, with the game tied at 1 and the bases loaded and 2 outs, Coco Crisp tripled to right field. The A’s were up 4-1. Scott Kazmir was on the mound.

And you could hear the sigh of relief from the Athletics from Oakland to San Jose to Kansas City to Philadelphia.

It is always better to have an ebb in August than October.

Meanwhile the Wrigley Field grounds crew may have cost the Giants a win and Koji Uehara had that rare hiccup.

The Giants fell behind 2-0 early. The rains came and the ground crew at Wrigley Field did a rotten job protecting the infield, causing the game to be called after 5, 2-0 for the Cubs. TEETH GRINDER

Kole Kalhoun robbed Brock Holt of a homer. That would come back to haunt the Red Sox and Koji Uehara as the Angels broke a tie in the 9th to win 4-3. TEETH GRINDER

This tally includes the Red Sox teeth grinder from Monday.