Was the Jon Lester trade a mistake?

Do they desperately need Yoenis Cespedes?

Or would they be in worse shape relying on a slumping Sonny Gray or Scott Kazmir at this point?

And what does this have to do with the beef stroganoff recipe by comedian Ritch Duncan?

It all makes sense (or maybe it doesn’t) in this episode of The Sully Baseball Daily Podcast.

END_OF_DOCUMENT_TOKEN_TO_BE_REPLACED 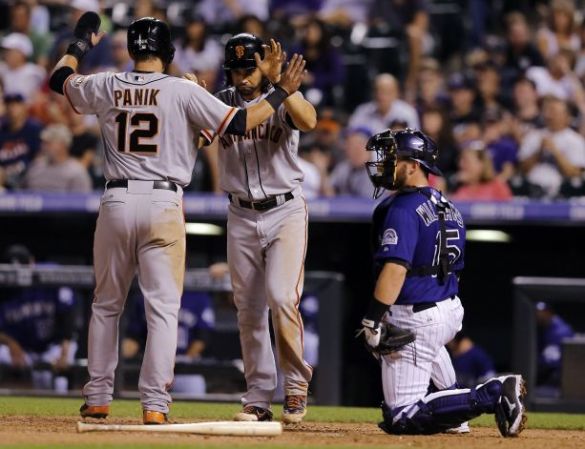 Back on August 26th, I said on the podcast that the Giants should stop thinking about the NL West and focus on winning 88 games.

I felt 88 wins would get at the very least the second Wild Card spot and would make the season a success. They were coming off a 1 run loss to the Rockies and looked frustrated.

Since that loss? The Giants are 7-1, with the one loss being a blown lead in Colorado. And they made up for that last night in a game where they trailed 6-0 after 3 innings. Buster Posey and company went absolutely ape and took the game 12-7.

Keeping the eye on the ball, winning 88 games for the Giants would require them going 12-11 the rest of the way… a modest goal.

But look at the Dodgers. In a night where Clayton Kershaw was his typical dominant self, L.A. merely held their ground which is 2 games.

The Giants are in control of the Wild Card. If they play 3 games better than the Dodgers over the final 23, they would win the West.

Who saw THAT coming?

The Rockies jumped ahead to a 6-0 lead. But Buster Posey led a charge where the Giants scored 3 in the 6th and 6th in the 7th and pulled ahead to a 12-7 victory. DODGED BULLET

The A’s fell behind early 6-0, but they rallied including a ground rule double by Craig Gentry. But the Mariners held on for dear life to win 6-5. TEETH GRINDER

The Red Sox took an early 7-1 lead but the Yankees rallied in the 5th. A strange baserunning mistake kept the Yankees from scoring more and ultimately the Red Sox won a 9-4 laugher. DODGED BULLET

Giants have passed the A’s in Dodged Bullet/Teeth Grinder. Who would have thought that?