We discuss why on paper this is a mediocre team, why “not sucking” helps” and of course Chris Davis’ suspension.

It is a Baltimore focused episode of The Sully Baseball Daily Podcast.

END_OF_DOCUMENT_TOKEN_TO_BE_REPLACED 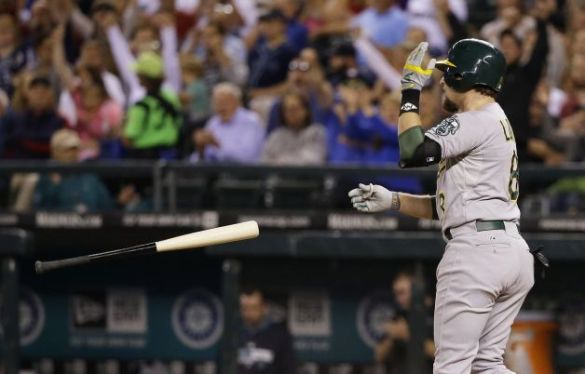 Blah blah blah… this is more than Cespedes.

Blah blah blah… they aren’t being blown out.

Blah blah blah… they would be on a winning streak with a bounce here and there.

I’m getting tired of this crap. The Giants found a way to turn the tide. And the A’s seemed more talented. Enough. Win tomorrow. I don’t care how.

More blown rallies. More men left on base. The A’s lose 4-2 in Seattle as Josh Donaldson struck out as the go ahead run at the plate. TEETH GRINDER

At least the Giants are playing well! They can go into a first place tie with a win tomorrow.