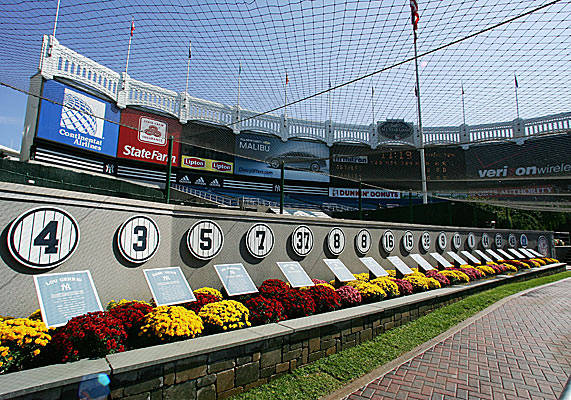 A Yankee star who fell out of favor with the media felt compelled to apologize.

The star was not home grown nor a product of the farm system but rather an established player who the Yankees poached. He came over in a controversial deal that made Red Sox fans furious.

He put up big numbers but was selfish, not a team first guy and frankly was a bit of an embarrassment. The star acted in a self promoting way that ultimately clashed with management. No matter how many home runs he hit, the Star’s off field behavior and post season failings would overshadow his greatness.

What good was homering at record clips if he came up short in October? And weren’t those home run totals just the result of an era of inflated statistics?

Who cares if the Star is helping the Yankees break attendance records if he is such a mess personally? The new ballpark the Star helped open with a World Series title was great, but what it worth having such a money hungry Prima Donna on the team?

The Star was a married father but spent his time running around with women, strippers and lord knows who else. His over the top lifestyle made him hard to root for, especially when compared to the homegrown beloved Captain of the team who won and produced with dignity and grace. The Star and the Captain were once good friends, but drifted apart as the Star’s behavior became more unpredictable.

Ultimately the illegal products the Star was putting into his body affected his performance and his body began breaking down when the club needed him.

His off field embarrassments finally came to a head. Before long, he was suspended by the commissioner and punished by the Yankees.

The press, the Yankee organization and even elected officials vilified the star, calling him out and demanded he apologize to the team and their fans. After long stretches of stubbornness, the Star ended his suspension with a humiliating series of apologies.

The Star put up the best numbers of his era, but he was wild, the product of a troubled childhood. That lack of discipline would be his undoing and would ultimately prevent teams from wanting him despite his undeniable greatness.

Which Yankee Star am I talking about? 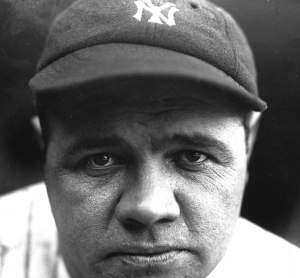 The vilification of Alex Rodriguez is bordering on the bizarre. Yes he did PEDs and yes he did many questionable things during his Yankee tenure.

So did Babe Ruth. Everything listed above in this blog post was recapping Babe Ruth’s time in New York.

Ruth was a Prima Donna who argued with managers, insulted the fans and clashed with the front office for salary increases.

Ruth flopped big time in several World Series, including the humiliating loss to the New York Giants in 1921 and 1922. Imagine if A-Rod was thrown out trying to steal second base while representing the tying run in the bottom of the 9th in Game 7 of the World Series, as Ruth did in 1926.

The many transgressions of Ruth would have made him public enemy number one in today’s media and sports fan world.

Not only did he run around with women (and prostitutes) in New York, but Ruth had his poor wife raise a daughter which he supposedly sired with someone else. He wanted a divorce but could not get one because Ruth and his wife were Catholic. She eventually died in a house fire, allowing Ruth to remarry with impunity. Imagine what the conspiracy theory crowd would say about THAT in today’s Social Media environment! There would be Babe Ruth Truthers.

His selfish behavior and uncontrollable personal life can be traced back to his hard drinking days with the Red Sox.  Of course Ruth was a big drinker during prohibition, technically a crime. And the lack of care he took for his body made him miss significant chunks of time, especially in the 1925 season. The press called his ailments in 1925 “The Bellyache Heard Round The World.” But in truth it was a serious health blow where his convulsions sent him to the hospital for prolonged stretches. Overweight, drunk and living a crazy sexual lifestyle, he was a distraction to the 1925 squad.

And yes, Ruth was suspended by both the Commissioner of Baseball for his barnstorming and by the Yankees for insubordination. He returned, but only after apologizing to the team with his tail between his powerful legs.

He was not the stoic “team first captain.” Ruth was A-Rod and Lou Gehrig was Jeter.

And while Ruth’s numbers were eye popping, remember they came during an era where offense spiked unnaturally. And in the wake of scandal (the 1919 fixed World Series) the powers that be of baseball turned a blind eye to the artificially pumped home run totals, the product of a new live ball. Sound similar to the baseball establishment letting the home runs fly out of the yard after the 1994 strike?

When Ruth’s career ended, he was cast aside. Besides 1/2 a season as a coach for the Brooklyn Dodgers, nobody wanted to hire him. His reputation was too toxic. 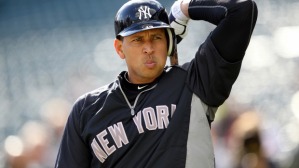 Perhaps it is heresy to compare Alex Rodriguez to Babe Ruth.

But maybe not. The glorious history of the Yankees have had no shortage of flawed heroes.

Joe DiMaggio was an unfaithful husband. As was Mickey Mantle who drowned himself in drink. Billy Martin found ways to get in trouble as a player and manager. Reggie Jackson was a me first prima donna. Andy Pettitte used performance enhancing drugs.

By the end of the 2015 season, all of them, along with Ruth, will have their numbers retired in Monument Park and have glowing tributes on YES and during montages in between innings.

Possibly the biggest monument in centerfield honors George Steinbrenner, who was suspended twice by the league and at one point was so hated by the fans that “George Must Go” chants cascaded from the upper deck.

Why shouldn’t A-Rod be honored? Why are HIS transgressions so unforgivable? Why was he put in a position to scribble an apology to the fans that will no doubt satisfy nobody?

When Yankee Stadium opened in 1923, Babe Ruth christened the park with a great season and the team’s first World Series title.

When the new Yankee Stadium opened its doors in 2009, A-Rod was the post season hero, launching homer after homer that clinched the 27th and most recent championship.

Both were the best players of their generation. Both were flawed. One is the greatest hero in franchise history. The other is a pariah.