In this Tutorial, I first recorded myself counting from 1 to 10 in a random order. I uploaded that soundfile to Adobe Audition. I cut each number into a separate piece and put them in proper numerical order.

Taking a music piece supplied by the tutorial, I gave the counting a score. Using the diamond tools on the volume for the music, I adjusted the sound so the music did not overwhelm the counting. Using the fade tool, I had the music fade up and fade out.

Beginning and endings of the music were cropped to fit the counting. The edited sound as well as the raw sound of me counting were exported as MP3 files and uploaded to Soundcloud.

Here is the original sound file of my counting numbers out of order.

The Link to the Original File

The Link to the Finished Tuturial 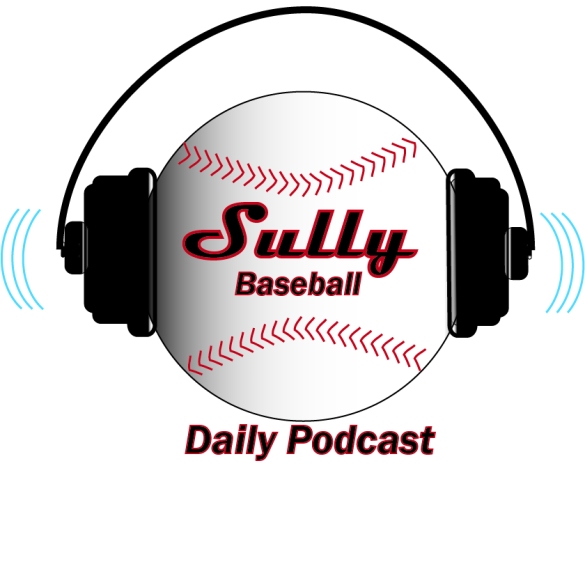 So I made a few adjustments from the previous version of the new logo.

First thing was first, I needed better stitches on the baseball. Easier said than done. I followed a few tutorials of how to make a stitch but in the end, I got lost and they looked worse.

After some trial and error, I made a proper bend that looked close enough. I made the outline red. Then I dragged the “stitch” to the brush function. I set the stitch to be a pattern in the brush. Then using the pen function, I created a curve and filled it in with the brush pattern. The “stitches” fell into a curved pattern as I wanted to. I adjusted the anchors to keep the stitches inside the ball outline (which I reduced slightly.)

Then I copied the curve brush and rotated it 180 degrees. I placed it on the other side of the ball to give it the baseball look.

Then I used Franklin Gothic font italics for “Baseball” “Daily” and “Podcast.” Initially I put all the words on the baseball, but it became too cluttered.

I dropped “Daily Podcast” to underneath the ball leaving baseball, appropriately enough, on the baseball. I gave each words a red outline.

For “Sully” I tried many fonts for a baseball feel. Magneto Bold worked best. Originally I put a big “swoosh” underneath it, but once again it made the logo too busy and cluttered so I left the letters alone.

Making “Sully” larger and with a red outline, I centered it on the baseball and finished this draft of my new logo. 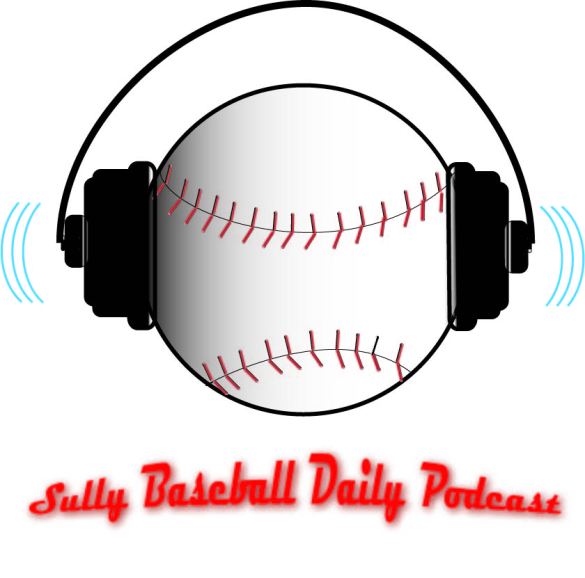 With my podcast approaching its 1,000th episode and a few special episodes currently in preparation, I decided to use the Logo Design Project to create a new logo to be a visual representation. The podcast is daily, every single day since October 24, 2012 and 1,000 straight days is approaching this July.

My initial design concept was to have a baseball going through the clouds in a blue sky background with the name “Sully Baseball Daily Podcast” trailing it. It was loosely based on one of the one sheets from the Major League movies. But I realized it was too busy and not scalable at all.

My next idea was to take the shape of a smart phone with a baseball on the screen and ear buds coming out from the top. But like the original concept, it was not scalable and it looked sloppy.

When looking at logos for other podcasts, I saw a version of a logo for RSS feeds that had a pair of headphones as if the symbol was listening. I felt a variation of that could work for the podcast. I would have a baseball listening to on a set of headphones. It would simply illustrate the experience of the show.

First I made a circle and then using the arc tool, I made two curved lines to represent the seams of the baseball. I colored the ball white but used the gradient tool to make it less flat and more sphere like. Each stitch was a rounded rectangle with a gradient red. I added faintly a small circle at the top of the stitch to represent the hole in the leather of the ball. I grouped the elements and copied them several times.

The angle for each stitch was the single hardest part of the logo. I held a baseball as a model and that was fruitless as I didn’t always hold it at the same angle. I printed out a picture of a baseball and used that as the template for the angle of each stitch. I never felt like it was 100% correct but I also knew that I could have adjusted them non stop for the next month and still not feel like it was right.

Next I created the headphones. They consist of 5 rounded rectangles filled in black and the gradient adjusted on each shape to give it some shading. The 5 shapes were grouped, copied and flipped for the other “ear” of the ball.

After they were positioned, I made an arc to go from one ear to half way across and then I duplicated it, flipped it and adjusted it to look like the top of the headphones. I thickened the stroke for the headset.

I thought I was done, but I felt it was a little flat. So I made another arc, changed the fill to blue and duplicated it 3 times to represent the sound coming out of the headphones. I duplicated the three arcs, flipped them and made them sound for the other ear.

With that, I have the first draft of my logo.