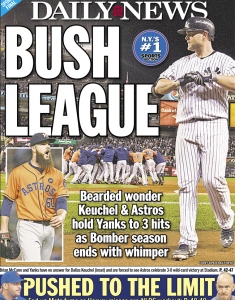 The post season has begun! And with the Yankees out of it, there really is no team I truly dislike in the playoffs.

The Astros could be very dangerous if they win one of two in Kansas City.

I make my predictions and I talk about why I am rooting for the Pirates over the Cubs.

All that and more on this episode of The Sully Baseball Daily Podcast.

Dallas Keuchel, Colby Rasmus and Didi Gregorious all added to their totals for Who Owns October

My post season predictions can be found HERE.
END_OF_DOCUMENT_TOKEN_TO_BE_REPLACED 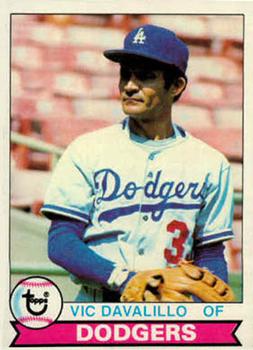 With no Big Red Machine in the 1977 playoffs, the Phillies and Dodgers saw a chance to make it into the World Series. The Phillies won the Best of 5 NLCS opener in Los Angeles with two in the 9th and Don Sutton tied the series with a complete game win in Game 2.

The third game saw both teams exchange collapses, but the Dodgers game winning rally was sparked by a savvy veteran coming off the bench and laying down a bunt.

The winner of Game 3 would be a win away from the World Series. A Phillies win at home would set them up in Game 4 with eventual Cy Young Winner Steve Carlton on the mound and a shot at the team’s third pennant in their history.

Things were looking up for the Phillies when Dodgers starter Burt Hooton was knocked out after just 1 2/3 innings and three straight bases loaded walks.

But Philadelphia starter Larry Christenson could not get through the 4th and Dodgers reliever Rick Rhoden stopped the Phillies offense.

In the 8th inning, the score was tied at 3. With a runner on second, Garry Maddox smacked an RBI single and advanced to third on a bad throw from Dodgers right fielder Reggie Smith. The Phillies took advantage of a Ron Cey throwing error to take a 5-3 lead. Philadelphia reliever Gene Garber, who had already thrown two innings, batted for himself in the 8th and took the mound in the 9th, trying to close out the game.

Garber got the first two batters out in the 9th and the Phillies were one out from a 2-1 lead and handing the ball to Steve Carlton for a potential Game 4 clincher.

With the game on the line, Dodgers manager Tommy Lasorda pulled catcher Steve Yeager and sent up Vic Davalillo as a pinch hitter.

A native of Venezuela, Davalillo was an All Star for the Cleveland Indians in the early 1960’s. Between 1963 and 1974, he bounced around from Cleveland to the Angels to St. Louis to the Pirates and the A’s. Along the way, he picked up a pair of World Series rings, one with the 1971 Pirates and the other with the 1973 A’s.

In 1977, Davalillo was playing for Aguascalientes in the Mexican League when the Dodgers bought his contract. LA used him mainly as a pinch hitter and he did the job well. He batted .313 over 48 at bats while only playing a handful of games in the field.

Now with Veterans Stadium going crazy, Davalillo was called upon to extend the game by at least another at bat.

With the count 0-1, Davalillo slapped a bunt towards second base. It was perfectly placed between pitcher Gene Garber and second baseman Ted Sizemore and Davalillo reached.

Now the Dodgers found new life and Lasorda turned to his other top pinch hitter, Manny Mota, who hit a deep drive to left field. Phillies outfielder Greg Luzinski made a leaping attempt to catch it and for a moment it looked like he clinched the game for Philadelphia.

But he trapped the ball against the wall and made a bad situation worse with a wild throw to second base. Davalillo scored to make it a one run game and Mota found himself at third as the tying run.

Another Phillies error and another Dodgers hit later and LA’s comeback was complete. Reliever Mike Garman closed out the 6-5 win and the next day Tommy John clinched the pennant with a 4-1 complete game.

But the momentum turned with 2 outs in the 9th with a of all things a drag bunt by a 40 year old pinch hitter who spent most of the season in Mexico. That makes Vic Davalillo the unsung Post Season hero of October 7.