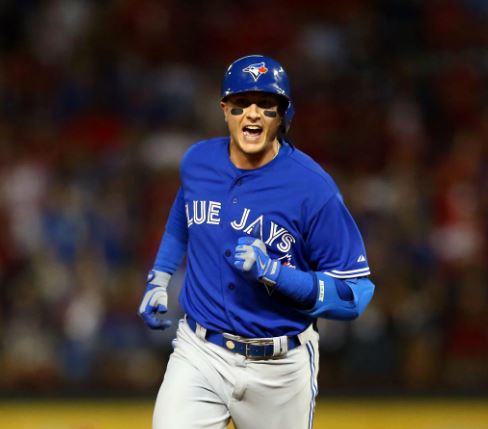 The last 4 game day of the year should be a great one! Plus the Utley suspension comes through and a devoted fan got married.

It is a full day of playoffs on this episode of The Sully Baseball Daily Podcast. 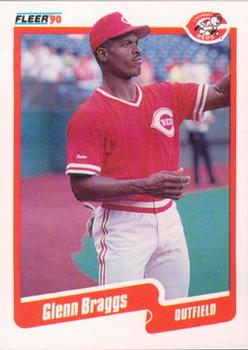 There were many dramatic games and extra inning collisions and match up of MVPs, from Rose and Clemente to Morgan and Stargell to Larkin and Bonds to Votto and McCutchen.

Perhaps the potentially most dramatic and iconic moment in this rivalry ALMOST happened in 1990. But it was foiled by a Cincinnati outfielder named Glenn Braggs, a player who did not begin the season with the Reds and started that game on the bench.

After both the Reds and Pirates missed the post season entirely during the 1980’s, they met up again in 1990. Both squads were star studded with All Stars (Barry Bonds, Bobby Bonilla, Andy Van Slyke, Eric Davis, Barry Larkin, Chris Sabo) and former Yankee prospects turned aces (Doug Drabek and Jose Rijo.)

They each had old school tough as nails managers (Jim Leyland for Pittsburgh and Lou Piniella for Cincinnati.) But the Reds had the edge in the bullpen. The “Nasty Boys” of Rob Dibble, Randy Myers and Norm Charlton were all but unhittable. They forced teams to score early because of the dominant relievers.

In Game 6, the Reds had a 3 game to 2 lead in their home park of Riverfront Stadium. Pirates manager Jim Leyland tried to take advantage of Lou Piniella’s platoon system by starting a right handed reliever, Ted Power, and then switching to left handed starter Zane Smith early in the game.

Charlton shut down the Pirates in the 7th and Myers in the 8th and time was running out for Pittsburgh.

By the ninth, Myers was ready to lock down the pennant. Along the way, Pinella made a double switch and sent Glenn Braggs to play right field in place of Paul O’Neill.

The 27 year old Braggs had been a power hitting prospect for the Milwaukee Brewers but never had his breakout season. In early June, 1990, the Reds sent pitchers Ron Robinson and Bob Sebra packing to the Brewers for Braggs and infielder Billy Bates (who will later have his own entry in this series.)

Braggs was strictly a platoon player, starting against left handed pitchers. Had Leyland started Zane Smith instead of Power, Braggs would have been in the lineup. Instead he was a defensive replacement.

In the top of the 9th, Myers kept his scoreless streak alive by retiring Bobby Bonilla. But Barry Bonds walked and up stepped Martinez.

The only player with a hit on the Pirates was in a favorable situation. He was facing the left handed Myers who had already thrown an inning and a third. Right handed reliver Rob Dibble was getting warm, but Piniella decided to manage against the book.

Martinez responded with a deep drive to right. It certainly was going to be a double with the (at the time) speedy Bonds on base. But it was carrying and looked like it had home run distance.

Carmelo Martinez was on the verge of one of the most dramatic hits in playoff history. With the series on the line, he was going to put the Pirates ahead with a line drive homer. A “Do You Remember Where You Were And Who You Were With?” baseball moment.

Except it didn’t happen. Braggs ran back and timed his leap perfectly. He caught the ball with his glove above the home run line and made a play that Paul O’Neill probably would not have been able to make.

Instead of taking the lead and making generations of Reds fans second guess Piniella for not using Dibble, the Pirates were now down to their last out. Myers struck out another right handed batter, Don Slaught and clinched the pennant.

It was a Nasty Boys NLCS with Norm Charlton getting credit for the Game 6 win and Dibble and Myers sharing the MVP honors for the series. The Reds would go on to win the World Series.

But their road to the World Series and the unblemished 1990 record of their amazing bullpen would have looked a lot different had Carmelo Martinez’s homer cleared the fence.

They can thank Glenn Braggs for keeping it in the park. For that reason, he is the Sully Baseball Unsung Post Season Hero for the Day.