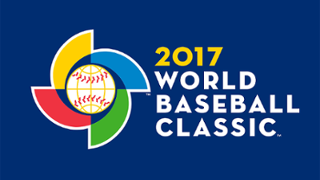 The World Baseball Classic is going on again this year. I am not a big fan of it, but it SHOULD be a gateway to bring the best and most talented from all over the world to compete on the American stage.

Bring your poor huddled masses and shortstops on this episode of The Sully Baseball Daily Podcast.

END_OF_DOCUMENT_TOKEN_TO_BE_REPLACED 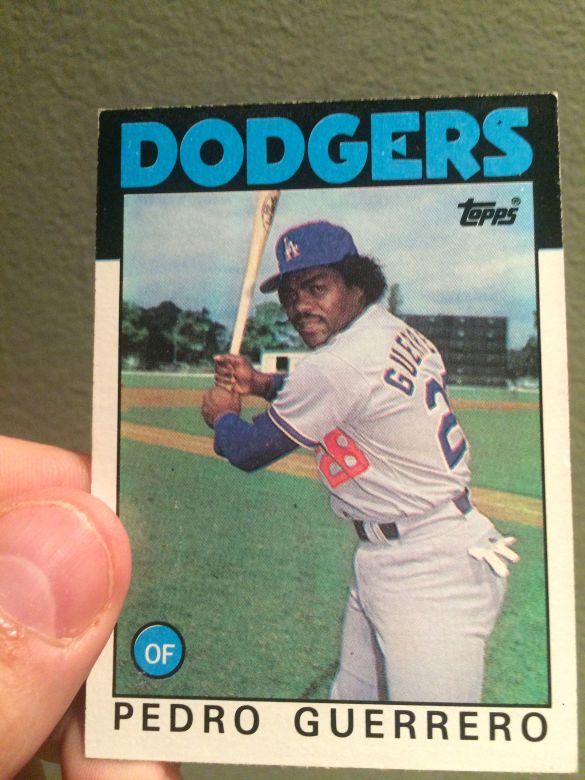 If I went back in time and told the version of me in 1988 that the Dodgers would wind up winning the World Series that year, two things would be certain:

1. I was not utilizing my Time Travel technology in the most effective manner.

2. Clearly Pedro Guerrero and Fernando Valenzeula would be huge contributors to the Dodgers title.

On the heels of their startling NLCS defeat in 1985, the Dodgers slumped in 1986 and 1987, making people wonder if the Tom Niedenfeuer meltdowns from ’85 were cursing the team.

A rebound season clearly meant that Fernando Valenzeula was back in ace form and Pedro Guerrero was hitting like an MVP contender again.

As it turned out, neither played in that post season that year and the injuries to Valenzeula led to Guerrero being traded in mid season.

Guerrero was one of many Domincan players who saw time with Los Angeles in the 1980’s. But he was not a product of their Academies. Rather the 17 year old Guerrero was stolen from the Cleveland Indians organization for pitcher Bruce Ellingsen, who pitched 16 games for the Tribe in 1974.

Guerrero worked his way up through the Dodgers farm system, posting super high averages and developing power and speed along the way. By 1978 he was in Los Angeles. By 1980, he was a 24 year old starter, batting .322 for the team that lost a one game Divisional playoff game against Houston. He played all over the place in 1980, starting in all three outfield positions, a game at first, nine at second and a few at third.

In 1981, starting mainly in right field, he became a National League All Star. The Dodgers, taking advantage of the ridiculous split season, made the post season. Guerrero did not fare well in the Division Series nor the NLCS. But he finished the World Series with a bang, going 3 for 5 in the Dodgers clincher against the Yankees. He drove in 7 runs in the 6 game World Series and was named Co-MVP along with Steve Yeager and Ron Cey.

The production continued throughout the 1980’s. Three out of four seasons, he finished in the top 5 in the MVP vote. In 1985, he led the league in on base percentage and slugging. He added 33 homers to his ledger that year as well. But the world was putting more weight on batting average and he came in third in the MVP to Willie McGee and Dave Parker.

He missed much of 1986 with injuries but was the Comeback Player of the Year with his outstanding 1987.

When Kirk Gibson had a contract dispute with the Tigers, a Gibson for Guerrero swap was rumored but fell through. Gibson was granted his free agency and wound up in Los Angeles without the need to sacrifice Guerrero, who shifted to third base to make room for the Tigers slugger.

Injuries and ineffectiveness forced fan favorite Fernando Valenzuela to the sidelines. With the Dodgers in need for a solid left handed pitcher, Pedro Guerrero suddenly became expendable. He was shipped off to St. Louis for John Tudor. Injuries caught up with Tudor as well as he left his lone World Series start in the second inning, but the Dodgers won anyway. Kirk Gibson’s dramatic homer set the tone and Orel Hershiser’s dominance finished off the A’s in the 1988 World Series. Guerrero was long gone.

He continued to hit in St. Louis, having an outstanding 1989. But after the 1992 season, his big league career was done. He played in Independent Ball and in the Mexican League in the mid 1990’s but then retired.

Guerrero’s retirement has some ups (he became a manager of the Mexican League team in Vallejo) and downs (he was arrested for buying 33 pounds of cocaine and his lawyer stated his IQ was too low to understand what he did wrong.)

He played a huge part in the Dodgers winning one World Series. One would think Pedro Guerrero would have helped seal the deal for another. But as my time traveling self would find out, he was not even on the team to celebrate the win. 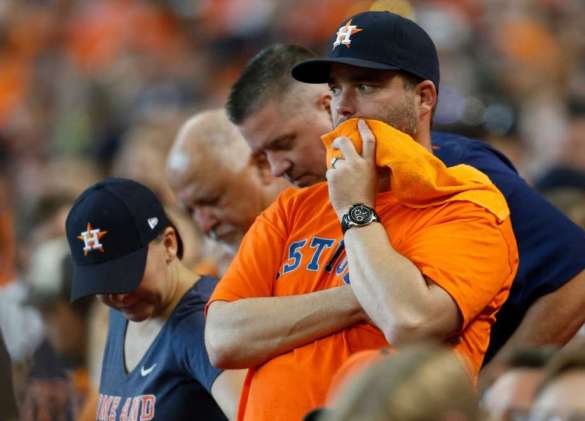 With the Cubs off the hook from their suffering fans, the Houston Astros must now be considered one of the most tortured fan bases in baseball.

A closer examination at their post season past shows a huge number of games that could have been theirs with a bounce here or there.

Houston has a problem on this episode of The Sully Baseball Daily Podcast.