Will 2017 be remembered as a year for a team’s accomplishments? Or will it be part of a chain of success?

And will the 2017 be a rematch of Cleveland and the Cubs?

Discussing lots of legacies in this Episode of The Sully Baseball Daily Podcast.

END_OF_DOCUMENT_TOKEN_TO_BE_REPLACED 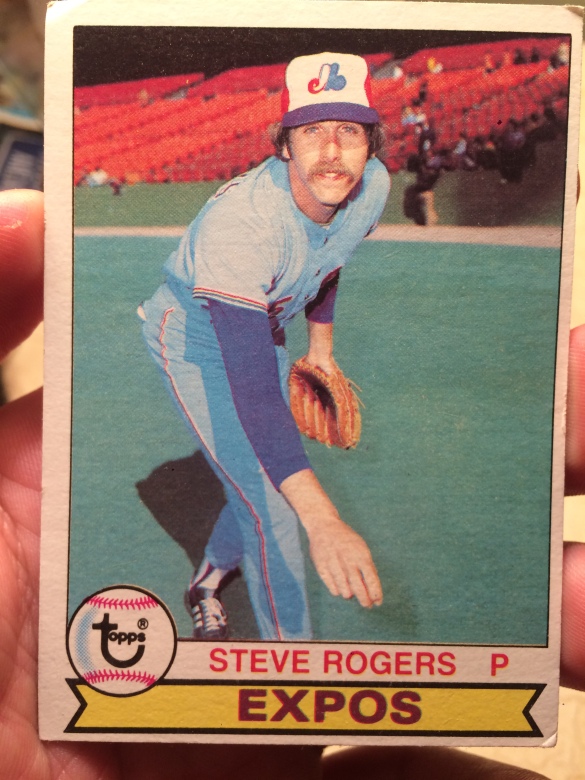 Today’s Card features a player who shares the same name as Captain America. Naturally he played his entire career in Canada.

According to WAR, Steve Rogers is the 4th best player in the history of the Expos/Nationals franchise, trailing only Hall of Famers Gary Carter and Andre Dawson and also Tim Raines, who should be in the Hall of Fame in a few days.

Five times an All Star, three times a top 5 Cy Young finalist, Rogers piled up innings and wins while posting the league’s lowest ERA in 1982.

When the Expos emerged as a contender, he was their number one starter. He was on the mound for the only post season series victory in franchise history, when the Expos eliminated the defending champion Phillies in the 1981 Division Series.

He also threw a complete game victory in the NLCS against the Dodgers. Unfortunately for him, he also came out of the bullpen in the 5th game and let up the franchise crushing homer to Rick Monday.

In this 1979 Topps card, the same year the Expos first contended, he posed with a lame follow through on the artificial turf of San Francisco’s Candlestick Park. Rogers would win many more games with a sincere follow through.

Perhaps he should have been Captain Canada.