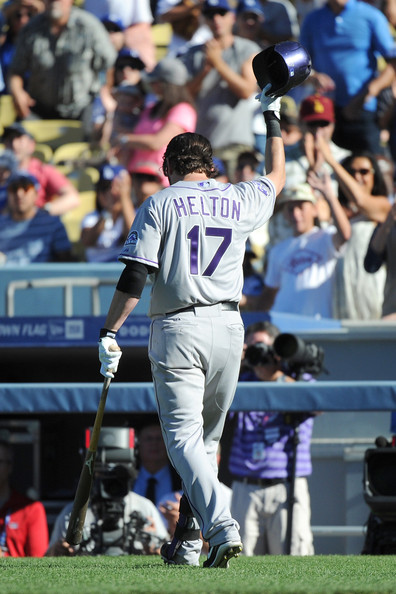 There are no Colorado Rockies in the Hall of Fame. I suggested they trade for Ichiro Suzuki to ensure one player will have worn the CR on their hat and made it to Cooperstown.

But Larry Walker and Todd Helton might put a beloved Rockie in the Hall.

It is a Rocky Mountain High episode of The Sully Baseball Daily Podcast.

END_OF_DOCUMENT_TOKEN_TO_BE_REPLACED 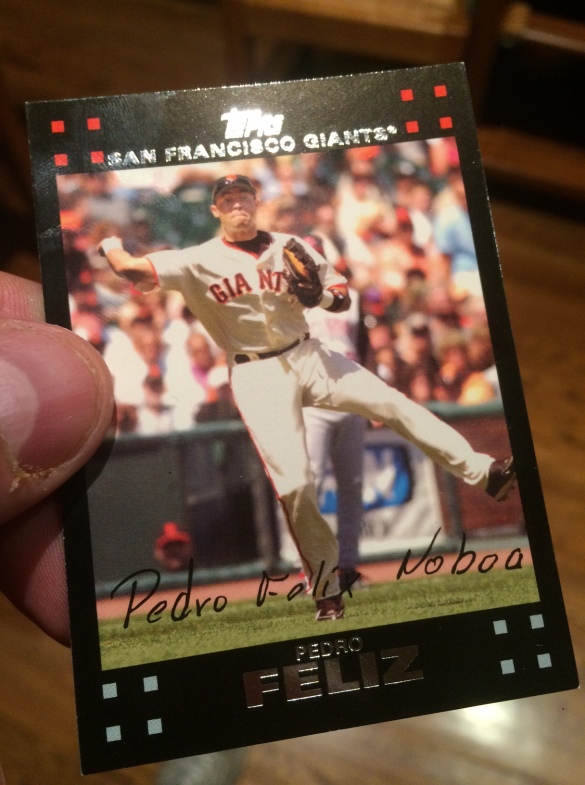 He is the first relatively modern card. At least the first one I am including that I bought after I became a dad. I bought this random pack of 2007 cards when I had moved back to the Bay Area from New York.

Notice that his signature is Pedro Feliz Noboa.

Feliz at the time was a steady power hitting third baseman with the Giants. At that point, the Giants were somewhat uninspiring. They basically were just there to exist for Barry Bonds and his inevitable if somewhat joyless march to home run 756.

Feliz was a mainstay. He had played as a reserve on the 2002 NL Champion Giants and had become a starter with the 2003 Division Champs. He was good for 20 homers a year, a mediocre OPS and a reliable glove.

After Bonds played his final game in San Francisco and manager Bruce Bochy began to mold the team into the eventual juggernaut of the 2010’s, the player whose name roughly translates to “Pete Happy”left the organization that signed him out of the Dominican Republic.

After 7 plus seasons in San Francisco, he landed in Philadelphia and had some decent timing. The Phillies, coming off a stunning Division Title in 2007, would make it back to back NL East championships. Feliz had an down year compared to his last few in San Francisco. But he returned to the post season.

In the rain soaked clinching game 5, which was delayed several days after the 6th, Feliz came up to bat in the bottom of the 7th and Eric Bruntlett on third. Felix singled to center, breaking the 3-3 tie with Tampa Bay.

The Phillies would hang on to win the World Series with Feliz driving in the deciding run.

It was a wonderful highlight to a solid if not spectacular career. In fact had it not been for a pair of bullpen meltdowns, Feliz’s reputation for being a clutch post season performer would have been even bigger.

He got a key pinch hit RBI single in Game 3 of the 2003 Division Series for the Giants over Florida. But a 2 out RBI walk off single in the 10th by Pudge Rodriguez wiped away any memory of that.

But most significantly, in Game 4 of the 2009 World Series, Feliz looked like he got a series turning homer. With the Phillies trailing 2-1 in the series to the Yankees, their hopes for repeating as champs were slipping away, especially when they were down 4-3 with 2 outs in the 8th. Inevitably, Mariano Rivera would close out the 9th and put Philadelphia in a 3-1 hole.

But on a full count, Feliz homered off of Joba Chamerlain to tie the game. It was his second game tying hit of the game, but this one looked like it could change the tide of the series. All they needed to do was hold the Yankees from scoring in the 9th and the Phillies could win it in the 9th and throw Cliff Lee in Game 5.

When Brad Lidge got the first two outs in the 9th, that scenario looked intact and Feliz looked the part of the hero.

Alas, Johnny Damon reached base, stole second and with Feliz pulled off third on an infield shift, Damon took third on the same play. A-Rod singled him home and the Yankees went on to take the 3-1 lead and the series.

Instead of being remembered for his clutch homer, the lasting image of Feliz in Game 4 was not being at third.

His big league career ended with stints with the Astros and Cardinals in 2010 and he continued to play in the minor and independent leagues.

His heroics might have had bad timing, but may we all play 20 years of professional ball on one level or another and get a World Series ring for our troubles.