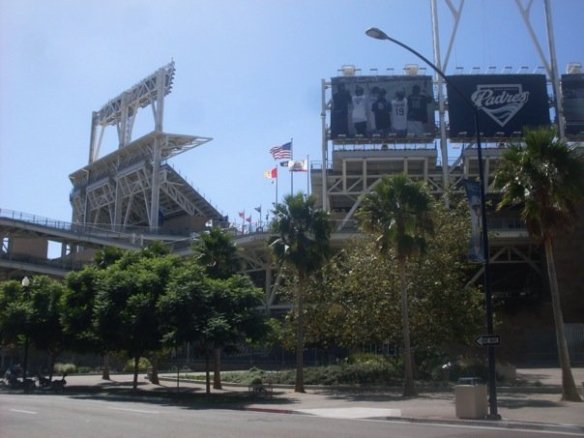 The city of San Diego is now a one team city. The Padres have the city to themselves. Fans need to support them like never before.

It is a Gaslamp episode of The Sully Baseball Daily Podcast.

END_OF_DOCUMENT_TOKEN_TO_BE_REPLACED

Yup, another 1978 Topps card. I am probably going to do a lot from this set over the course of this year.

I love careers like the one Vic Davalillo had. He checked a lot of key points off the proverbial baseball bucket list and when his career looked all wrapped up, he had an unexpected revival, captured in part with this card.

A native of Venezuela, Davalillo was part of the early influx of Latin and South American players in baseball. His older brother Yo-Yo Davalillo played briefly for the Washington senators. Vic played in minor league towns like Topeka Kansas and Columbia South Carolina in the early 1960s. He pitched for a while and was a 16 game winner in the Florida league. The small and slender Davalillo also ducked away from inside pitches as a reaction to a broken arm sustained after a hit by pitch.

But he was also a slap hitter who could fly, had a great glove and a solid arm. By age 26, he had reached the majors with the 1963 Cleveland Indians.

He quickly became a 1964 Gold Glove winner and a 1965 All Star with the Indians, batting over .300 during an era when very few hitters cracked that milestone.

He wound up going from Cleveland to the Angels and to the Cardinals before having some of his best seasons with the Pirates. He batted .285 as a part time player with the 1971 World Champion Pirates and followed it up with a .318 mark over 117 games in 1972.

Midway through the 1973 season, he arrived in Oakland. While Davalillo didn’t hit much in the regular season, he went 5 for 9 with a double and a triple off the bench in the ALCS against Baltimore. He would play in the World Series against the Mets and pick up another ring.

A poor showing at the start of the 1974 season led to Davalillo’s release from Oakland at age 37. He bounced around the minor leagues and the Mexican leagues between 1974 and 1977, but his fine big league career seemed over. And with 11 plus seasons that featured an All Star berth, a Gold Glove and a pair of World Series rings,Davalillo should have been satisfied.

But in mid August of 1977, the 40 year old Davalillo had his Mexican League contract purchased by the Los Angeles Dodgers. Along with Manny Mota, Davalillo provided a solid bat off the bench for the stretch run.

He lay down a bunt that helped spark a pennant clinching 9th inning rally against the Phillies and before all was said and done, he made two more trips to the World Series.

This card represented the year he arrived in LA, and got an airbrushed hat on his Topps card to boot.

A proud and patriotic Venezuelan, he was proud to represent his country in the majors right through the four years where he was the oldest player in the National League.

He played 7 games in 1980 for the Dodgers before returning to the Mexican League, finishing up nearly a quarter century of professional baseball without much left to prove.