I revealed my Hall of Fame ballot, made my predictions of how the vote would turn out and then looked at the class that will include Ivan Rodriguez, Jeff Bagwell and finally Tim Raines.

Good things come to those who wait on this episode of The Sully Baseball Daily Podcast.

END_OF_DOCUMENT_TOKEN_TO_BE_REPLACED 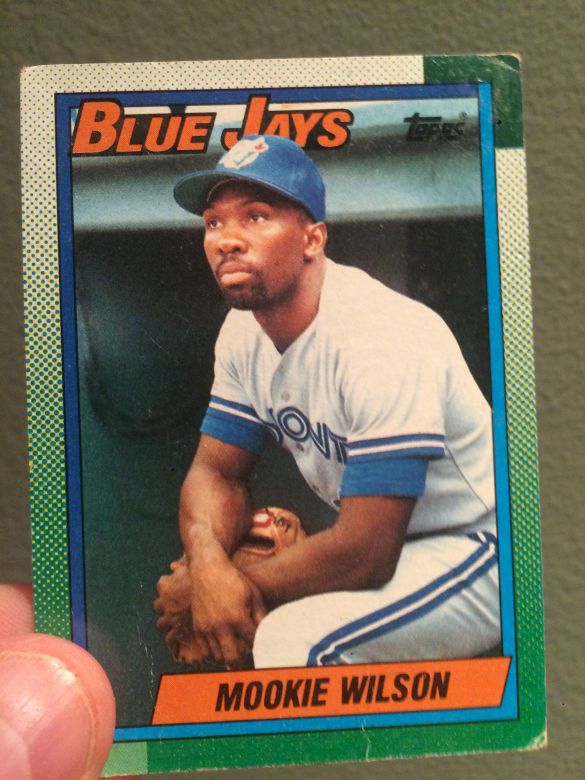 When I pulled out Hubie Brooks’ card, close to it was this 1990 Mookie Wilson card. And in my mind they will always be connected.

I remember when going to a Mets vs. Phillies game in 1981, both Mookie Wilson and Hubie Brooks were young players for New York, giving fans hope for better days.

Both players followed through on that promise. Only Wilson experienced the glory days in Queens. In fact he was instrumental in the single most famous moment in Mets history.

But this card, which features his stats up until 1989, shows Wilson as a member of the Blue Jays. That is part of a larger story about the dismantling of one of the great teams of the decade.

Mookie Wilson was a college star at the University of South Carolina before being drafted by the Mets in 1977. By 1981, he was a starter on the big league squad and quickly became a fan favorite.

He played hard, he played with enthusiasm, he stole bases and brought energy to the team. He was everything that New York fans REALLY love from their players: He was homegrown and good. He was one of their own.

Wilson became the Mets all time stolen base leader and remained beloved by the fans even as he moved over to left to make room for Lenny Dykstra.

In 1986, everything came together for the Mets. If you have read this far, then you know what I am talking about. And with the Mets season down to the final pitch, Mookie Wilson had his epic 10 pitch at bat which included him avoiding a pitch that went wild and allowed the tying run to score. And of course he hit the dribbler that went through Bill Buckner’s legs, linking both Wilson and Buckner in baseball lore.

The Mets won it all in 1986 and looked like they were going to win for the foreseeable future.

But soon this incredible if combustible group was broken up. First World Series hero Ray Knight left via free agency (which was hard to do in the age of collusion.) Kevin Mitchell was sent packing to San Diego for “exciting as lettuce” outfielder Kevin McReynolds.

Down the line, the team was picked apart.

Rafael Santana was let go after the World Series.

Jesse Orosco was traded after the 1987 season to the Dodgers.

Then after losing the 1988 NLCS to Los Angeles, Wally Backman was sent packing to the Twins for 3 minor leaguers who never made it to New York.

Lenny Dykstra and Roger McDowell were shipped to Philadelphia in a disastrous trade for Juan Samuel on June 18.

Then on July 31, Lee Mazzilli was picked up by Toronto via waivers, Rick Aguilera was included in a deal to Minnesota for Frank Viola and Mookie Wilson was dealt to Toronto for reliever Jeff Musselman.

By the end of the year Keith Hernandez and Gary Carter were gone. By the end of 1990, manager Davey Johnson and right fielder Darryl Strawberry left and the 1991 Mets bore no resemblance to the team that won it all.

Wilson and Mazzilli both played in the 1989 ALCS for Toronto. He tried out free agency but return to Toronto for the 1990 and 1991 season, playing his final game in the 1991 ALCS.

In retirement he coached for the Mets and even managed the minor league Brooklyn Cyclones while his stepson, Preston Wilson, was a member of the 2006 World Champion St. Louis Cardinals.

One of the most beloved figures in Mets history, he was elected to the team’s Hall of Fame.

He should have been a Met for live. Hell, the 1986 team should have stayed together a few more years. But they didn’t. And that’s why Mookie Wilson is preserved here forever as a Toronto Blue Jay.