The Giants wonderful bullpen was kept together for probably one season too long. But as it is broken up, salute the 4 rings of Javier Lopez, bid farewell to Sergio Romo and possibly welcome back Brian Wilson.

Even year or Odd year, it is a San Francisco episode of the Sully Baseball Daily Podcast.

END_OF_DOCUMENT_TOKEN_TO_BE_REPLACED 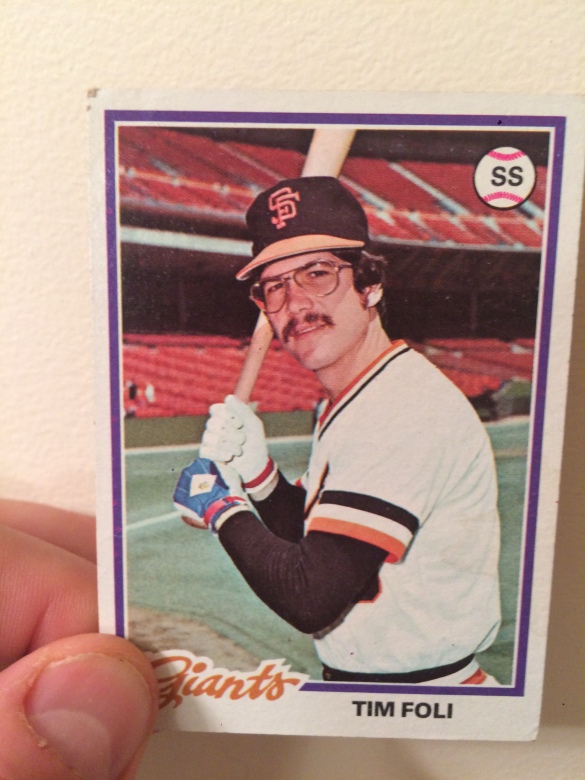 Tim Foli was the first pick overall in the 1968 draft, which was only the 4th ever draft in baseball history. People were still getting the hang of it. The Mets had the pick in 1968. Keep in mind they won the World Series the next year. The franchise could have plugged in a franchise player to a World Series winner.

In that year’s first round, Thurman Munson, drafted 4th overall by the Yankees, was the biggest name. Gary Matthews and Greg Luzinski also were picked up in the first round. Future All Star Cecil Cooper was available in the 6th round. Another All Star, Doyle Alexander, was drafted in the 9th round. The 11th round saw solid big leaguers like Al Bumbry and Ben Oglive taken by teams other than the Mets.

Bill Buckner, whose name would be associated with the Mets, was also there for the picking.

The Mets went with Tim Foli, who turned down the chance to play football at USC to join the Mets. He didn’t have much power nor speed. But he was hard to strike out, played hard and could field many positions. By 1970, he was in the majors. Bt 1971, he was starting games at second, third and shortstop.

By 1972, he was off to Montreal in a deal with Ken Singleton as Rusty Staub came to the Mets. With the Expos, he became the regular shortstop. His hard and aggressive play made him a fan favorite. He even completed a cycle during a suspended game. But the Expos stunk year in and year out and eventually Foli’s time up north ended.

He seemed destined to be a baseball vagabond. When he posed for this picture, he played his lone season in San Francisco. He didn’t hit much for the Giants in 1977 and the Giants didn’t win much.

By the time this card was printed, he was back to the Mets where he didn’t hit much and the team was horrible in 1978. He started 1979 in Shea but was paroled. A deal with Pittsburgh sent him to one of the most memorable squads in the last half of the 20th Century.

Foli played 133 games for the “We Are Family” Pirates and his an uncharacteristically high .291 along the way. Now given a chance to play in October, Foli drove in a run and singled to spark the game winning 11th inning rally in Game 1 of the NLCS. In Game 2, he got an RBI double in yet another Pirates extra inning win.

He contributed to many rallies in Pittsburgh’s World Series victory. The first overall pick of 1968 helped secure a title in 1979, except not for the Mets.

His career wound down in the 1980’s with stints in California and the Yankees before returning to Pittsburgh in 1985, his final year. Foli stayed in baseball as a coach, bouncing from organization to organization.

Tim Foli’s son Dan Foli made it to AA in the Nationals organization but not the big leagues. His old man might not have been the superstar the first overall pick would promise. But a decade and a half in the majors with a World Series ring picked up along the way is not a bad use of a pick.