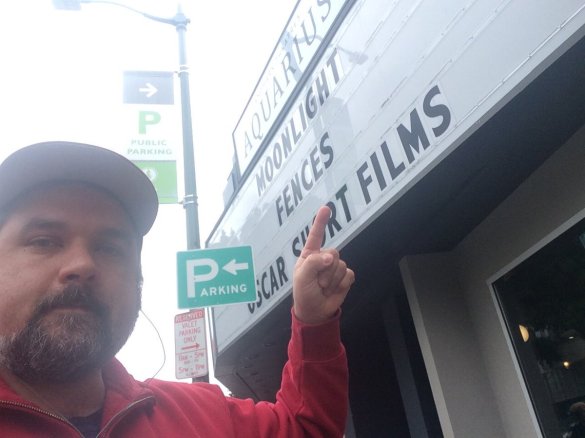 Building up to Oscar season, I watched the only film connected to baseball: Fences.

Besides being a great showcase for two wonderful stars, Denzel Washington and Viola Davis, it also allows a supporting cast (especially Stephen Henderson) to shine.

As a baseball fan, it also shows how we use our own experiences to paint how we appreciate the greatness of players in the past and the present.

Yeah it is worth seeing.

Also listen to the great podcast Denzel Washington is the Greatest Actor of All Time Period.

It is an honor to be nominated in this episode of Sully Baseball Daily Podcast.

END_OF_DOCUMENT_TOKEN_TO_BE_REPLACED 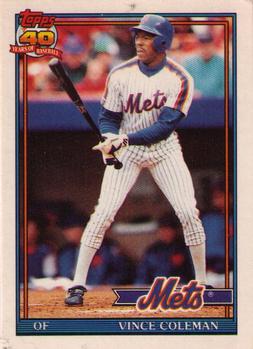 I’ve known my friend Kari Bartlett Hogue for many years. When I met her, she was Kari Bartlett and a student at Auburn University. Now she is married and is a dentist and running marathons while still living in Alabama. She posted something on Facebook urging her friends to post pictures of baseball players instead of politically charged posts.

Needless to say, I already tend to do that. She started handing out baseball players to post and assigned me Vince Coleman.

And because I am who I am, I am not posting Vince Coleman as the dynamic Cardinal but as the controversial Met.

Of course I make a request to do something that unites us all as an opportunity to show division.

Vince Coleman was a baseball and football player for Florida A&M in the early 1980’s. Strangely with his speed, he was not a safety or end or wide receiver but the punter. Who knew? But I digress.

The Cardinals drafted him in 1982, the same year the big league club won the World Series and seemed to have adapted perfectly to a new formula.

St. Louis played in a good pitchers park that had artificial turf. They were going to fill their lineup with fast runners, jack rabbits who could beat out grounders, steal second, get to third on a grounder and score on a sacrifice fly. And in the middle of the line up would be one masher.

Stolen bases were a premium for St. Louis and Vince Coleman became a hot commodity in their farm system. Playing for Macon in 1983, Coleman stole an amazing 145 bags. The next year to swiped 101 in Triple A.

By 1985, he was on the big league squad and made Lonnie Smith expendable. He stole 110 bases, leading the league in his rookie year, where he was the lead off batter for a St. Louis squad that fought with the Mets for the NL East title. They would go on to the playoffs and the World Series.

However Coleman would miss the World Series when a freak accident involving the automatic tarp broke his leg in the NLCS. The Cardinals got to 2 outs away from the title when they lost the Don Denkinger game and Game 7.

Coleman stole over 100 bases in each of his first three years in St. Louis and led the National League in steals for all 6 seasons he was a Cardinal.

However he also led the league in getting caught in three of those years. His walk totals were always mediocre to low and save for 1987 and 1990, his average was middle of the road.

Coleman was very much a product of the stolen base crazed 1980’s. He could do that but his contributions otherwise were suspect. Yes he got the big hit from time to time, like his big RBI double in Game 3 of the 1987 World Series. But he seemed to be a one weapon player.

So naturally he batted lead off. Naturally he was given the chance to have the most at bats when the likes of Willie McGee, Jack Clark, Ozzie Smith or even Jose Oquendo were more productive with the bat.

At the time Coleman was being compared to Rickey Henderson and Tim Raines and I wonder if Coleman winning the stolen base crowns over Raines hurt “Rock’s” Hall of Fame candidacy over the years.

But Coleman was never the on base man that the two Hall of Famers were. As the Coleman years were happening, the mindset was to have a fast guy at the top. A player like Wade Boggs, who led the league in on base every year, was supposed to bat second or third. (Eventually he led off in 1986 but was put back down the order once Ellis Burks showed up.)

The Cardinals got to Game 7 of the World Series in 2 of Vince Coleman’s first 3 seasons, so it is difficult to argue that he hurt St. Louis’ chances. But today, he would bat further down in the lineup. You can not steal first base and his distracting speed would be more of an asset in another spot as the players who get on more have more trips to the plate.

When Darryl Strawberry left the Mets for the Dodgers, Vince Coleman was signed to partially take his place. The New York press dubbed him Vincent Van Go.

His time in New York was an abject disaster and he became one of the most loathed players in team history. Involved in off field lawsuits and controversies, he also could not stay healthy. The 92 games he played in 1993 was the highest total over his 3 seasons. He injured Dwight Gooden with a golf club while practicing his swing in the clubhouse, threw firecrackers at a bunch of autograph seeking kids and famously said he didn’t know who Jackie Robinson was an didn’t care.

And oh yeah, the Mets were awful. No player personified the high priced, ambivalent, tone deaf to the fans awfulness of the early 1990’s Mets than Vince Coleman.

It was so bad that he was traded to the Royals for Kevin McReynolds, another player who was unpopular in New York but a breath of fresh air compared to Coleman.

With his stolen base ability diminished, he had little value in the majors.

He bounced around between the Royals, Mariners, Reds and Tigers before playing his last game in 1997. He tried a comeback with St. Louis in the late 1990’s but couldn’t make the team.

He has made peace with the fans since and remains very popular in St. Louis. The White Sox hired him as an instructor in their system.

I am not writing this to belittle Vince Coleman. Nobody plays over a decade in the majors without a lot of ability. He is the 6th all time in stolen bases and holds many other stolen base records.

But he is a wonderful example of how one trait can be overrated for a role. Someone could see Tim Raines and Rickey Henderson at the top of the order and think “We need a fast guy like that!” not seeing that the other qualities they bring to the top of the lineup are actually the things that give them value.

It is similar to a great film being ripped off with the superficial qualities being duplicated. That would be the difference between Jaws and Pirannah or Sharknado.

There are still people who overvalue speed at the top of the order. Just go to Cincinnati who have Joey Votto, who should be the best leadoff hitter in the game, but often has Vince Coleman clone Billy Hamilton at the top for his wheels.

I suppose those are two different mindsets that can be debated. And I also suppose those two mindsets might think the other side is crazy and not know what they are talking about.

And that debate can rage on.

But debates like that are fun. They are baseball debates, not debating politics.

And I suppose that is exactly what Kari wanted us to do with these baseball posts on Facebook… take us out of the political world for a while and think of something else.