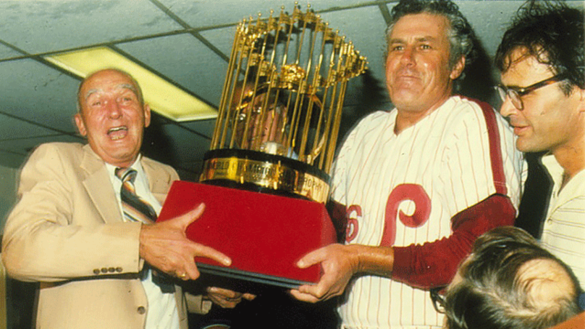 Dallas Green died today. He may not have been cute and cuddly, but he woke up two dormant fan bases and gave them something to cheer about in the 1980’s.

Paying respects on this episode of The Sully Baseball Daily Podcast.

END_OF_DOCUMENT_TOKEN_TO_BE_REPLACED 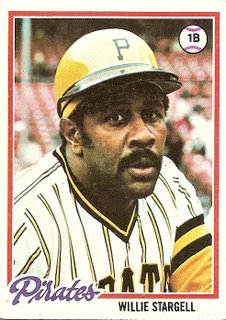 I have talked on the podcast about how, all things being equal, I would have been a Pittsburgh Pirates fan.

The history of the team fascinates me, some of their greatest moments of glory have captured my interest.

But the main reason is because the first World Series I ever watched and have a memory of was the 1979 World Series. That was the “We Are Fam A Lee” World Series between the Orioles and the Pirates. And you could not have seen that World Series and NOT be affected by Willie Stargell.

It still blows my mind that I am older than Willie Stargell was in that World Series. He was called “Pops”. He seemed so much older than anyone else on the team. Look at the picture on this 1978 Topps Card. He was 37 years old when this pic was taken. I guess people looked older back then.

Wilver Dornell Stargell bounced around the country a lot in his childhood. Born in Oklahoma, he called Florida and the East Bay across from San Francisco as his home. He joined the Pirates organization in 1959, just as Branch Rickey’s plan for the team was about to sprout a title. As Bill Mazeroski, Roberto Clemente and company won the title in 1960, Stargell was in C ball. Two years later, he made his big league debut.

Stargell was a bit pudgy and the team tried to get his workout regiment going. He lost a ton of weight in 1967 and his numbers dropped. Maybe some people SHOULD play with a gut!

The All Star Games and top 10 MVP finishes kept building up. In 1971, he lef the league with 48 homers and finished 2nd in the MVP race. That year he was one of the emotional leaders on the Pirates team that went all the way. In 1972, he finished 3rd in the MVP race. Stargell was a leader on the Pirates, but it was Clemente’s team. That changed after the 1972 season.

When Clemente died in the plane crash on New Year’s Eve, 1972, suddenly the leadership void was palpable. It was Stargell who filled in. He produced on the field, posting a 1.038 OPS, leading the league in homers and RBI and once again finishing second in the MVP race. But he also provided an anchor for the team, that would make the 1974 and 1975 post season.

After 1974, his numbers began to dip as did the number of plate appearances a year.

In 1979, the Pirates started off slowly. They were in last place at the end of April. But the Pirates started to win, and Stargell’s 1.151 OPS in May helped.  They went on a 6 game winning streak in May and another one into June. But they were a streaky team and were at an even .500 on June 14th.

They went 20-11 in July and 21-9 in August, taking the lead in the Division. In late September, the Pirates behind the Expos with 6 games remaining.

The Pirates rallied around Pops. He crashed a home run in the first inning of a critical game against Montreal. The Pirates would win and not look back, dancing to “We Are Family” the whole time.

As a young version of your pal Sully watched the post season, it seemed like in every moment, Stargell came up big. He hit the game winning homer in extra innings against the Reds in the NLCS. He also homered and drove in 3 in the clincher.

And of course he put the Pirates up for good in Game 7 of the World Series with a towering homer.

The Pirates won, overcoming a 3-1 hole and impressing the hell out of me.

Sabermetics dictate that Stargell wouldn’t even be in the top 5 in terms of stats on his own team in 1979. But people voted for the MVP back then based on the narrative and Stargell leading the team with big hit after big hit was quite a narrative. He would share the MVP with Keith Hernandez, who also put up great numbers.

Stargell made the Hall of Fame in 1988 but died in 2001. Nobody seemed to say a bad word about him, not his teammates, his opponents nor the media. He seemed to be genuinely interested in being a good role model and leader on the Pirates.

I guess as a first World Series hero, he wasn’t a bad choice for me.