@sullybaseball I disagree with your take on the WBC you said “no American” cares about the WBC did you watch the game last night? #StroShow

I have no doubt the WBC final was exciting and for fans of the WBC, I am sure it was a huge highlight.

Now comes the hard part: Building on it.

Let’s start the season already on this episode of The Sully Baseball Daily Podcast.

END_OF_DOCUMENT_TOKEN_TO_BE_REPLACED 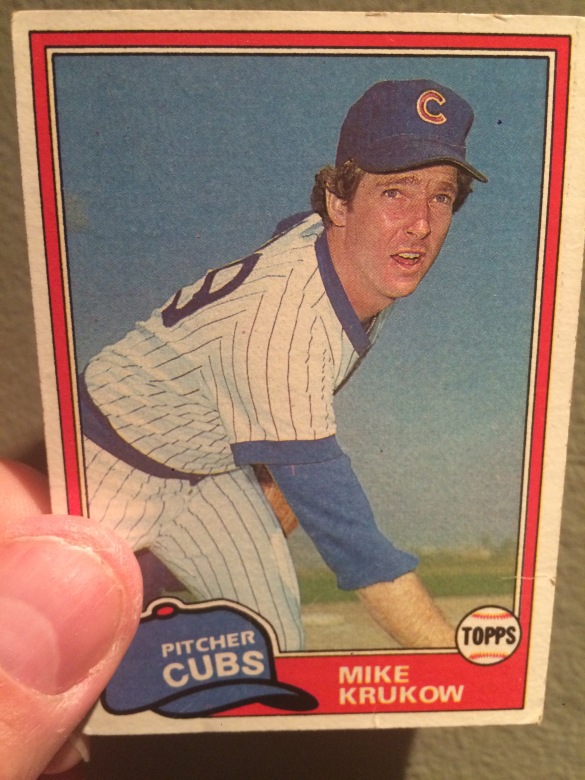 I associate Mike Krukow so much with the San Francisco Giants that it is almost startling to see him wearing a different uniform.

He had success as a pitcher for the Giants and for a long time has become one of the best broadcasters in all of baseball.

My dad hasn’t missed a Giants game for… um… as long as I can remember. And he always says with great enthusiasm “I am going to listen to Kruk and Kuip.” The combination of Krukow with Duane Kuiper is a perfect combination of baseball knowledge, passion, experience and fun. They are friends.

In the end that is the most critical part of being a great announcer. It has little to do with analysis or stats. It has to do with sitting down with a friend who will watch the game with you and have something good to say.

Phil Rizzuto was that for the Yankees despite offering almost no analysis. Same can be said for Harry Carey. Jerry Remy is a Massachusetts boy hanging out with Red Sox fans.

For the Giants, it is Kruk and Kuip.

Krukow was a SOUTHERN California kid from San Gabriel, near Pasadena. The Cubs drafted him out of Cal Poly in 1973. By 1976, he made his big league debut and was in the Cubs rotation in 1977.

His first 5 games in the 1977 season were brutal, as he posted a 13.11 ERA over 11 2/3 innings, including 4 starts. But instead of being sent to the minors, he bounced back in May, going 4-1 with a 3.00 ERA, averaging 6 innings a start. On May 26th, he threw a complete game shutout against Montreal and two starts later threw another complete game.

Over the next four seasons in Chicago, he was a reliable if not spectacular starter on a few uninspiring Cubs team. Krukow gave the team 205 innings in 1980 and led the league in starts in the strike shortened 1981 campaign.

But he would not be a Cub for life as he was sent packing to Philadelphia as former Phillies manager Dallas Green started raiding his former team as he rebuilt the Cubs. Keith Moreland and Dickie Noles headed to Chicago as Krukow became a Phillie.

He had a nice season in Philadelphia, winning 13 to a 3.12 ERA but his time as a Phillies was fleeting as he was involved in a trade that was eye popping in retrospect (and covered on this blog earlier.)

Krukow and eventual Cy Young winner Mark Davis were packaged off to the Giants for future Hall of Famer Joe Morgan and eventual All Star closer Al Holland.

The Phillies would win the 1983 pennant, but Krukow found a home in San Francisco. He became an All Star in 1986, winning 20 and finishing third in the Cy Young vote. He also became a fan favorite, winning the Willie Mac Award multiple times.

In 1987, he helped pitch the Giants to the NLCS and with the team down 2 games to 1, he took the hill in Game 4. The Cardinals threw Danny Cox and it was a tense game with pennant implications left and right. But a pair of late homers gave the Giants the lead and despite giving up 9 hits, Krukow went the distance. He allowed only 2 runs and 1 walk in the 4-2 victory that knotted the series up.

The Giants lost Game 7 of the NLCS and the entire series to St. Louis as starter Atlee Hammaker was bombed. Manager Roger Craig later admitted he had Krukow in mind to pitch Game 1 of the World Series. The Cardinals would play instead.

Injuries slowed down Krukow over 1988 and he pitched his last game in 1989. He was part of the team that won the NL Pennant but not healthy enough to be on the playoff roster.

Almost right away, he became an announcer and has gone from a playoff hero to a daily friend on the radio and TV.

His health is forcing him to reduce his workload but in the end, he will remain an Emmy winning force to be reckoned with in San Francisco.

Just one question though. Take a look at this fun fact on the back of the Topps Card featured today. 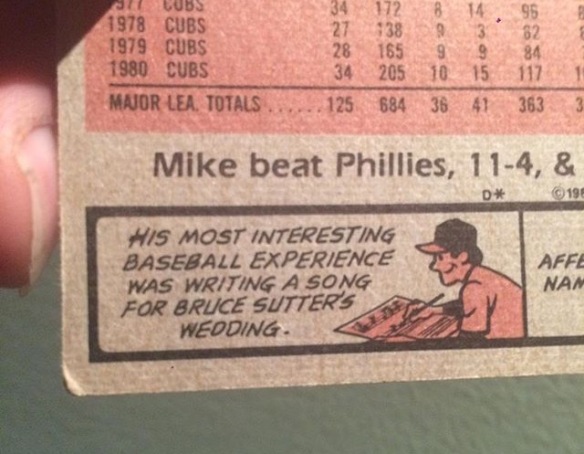 He wrote a song for future Hall of Famer Bruce Sutter’s wedding?

Is there some reason that is not sung at EVERY Giants game?