By all accounts, Juan Samuel has had a great baseball life.

He played 16 years in the major leagues. He won the Silver Slugger Award. He was named to three All Star teams and played in the 1983 World Series.

Later he was a major league coach and was briefly the manager of the Baltimore Orioles. Twice he led the league in triples and was a durable players who had the most at bats in the league three out of four seasons.

And despite all of that, he will always represent the shockingly misguided change of direction of a major franchise based upon his half season he spent in New York.

It wasn’t his fault. He was a nice player who had a good career. Just don’t tell that to Mets fans.

The Phillies signed Samuel as a free agent in 1980. A native of the Domincan Republic, he attended the Licey high school in Puerto Rico.

In the Philadelphia farm system, he put up huge numbers in the home run department, was stealing over 50 bases a year and batting over .300. He had star written all over him and was called up in 1983 in time to be on the post season roster.

The Phillies had an aging roster in 1983 with many members of the Big Red Machine having their last hurrahs. One of those players was Joe Morgan, who got some big hits in the 1983 NLCS and World Series. Samuel was a role player in those series, biding his time.

He was an All Star his rookie year and only the brilliant Dwight Gooden kept him from being named the Rookie of the Year.

The Mets and Cardinals took over the NL East as the Phillies drifted away from contention. But it was not the fault of Samuel, who continued to be the best offensive second baseman NOT named Ryne Sandberg in the National League.

In 1987, he became the first player in MLB history to reach double digits in doubles, triples, homers and stolen bases in each of his first four seasons. His defense was sometime suspect and he did not walk much. But the famous line “You don’t walk off the island” is attributed to Samuel.

In 1989, he got off to a slow start in Philadelphia and the team was in flux with the retirement of Mike Schmidt and all connections to the championship years seemingly cut. The 28 year old Samuel looked like he could be trade bait for a Phillies rebuild.

The team shifted him to the outfield where his speed could be utilized and his defensive issues minimized.

Then in July, the Mets called. The team was trying to reshape their image of a wild and crazy party house. They had already pushed out Kevin Mitchell and Wally Backman. But Lenny Dykstra, the hard nose and grind it out centerfielder, was one of the most popular players on the team. He seemed to represent the never say die quality of the Mets that the fans loved. But his act seemed to be wearing thin with management.

Dykstra and colorful reliever Roger McDowell, another fan favorite were shipped off to Philadelphia, a division rival, for Juan Samuel.

The trade was shocking to fans, who also saw another beloved 1986 Met, Mookie Wilson, traded a few days later.

The entire personality of the team seemed to be gutted in a series of moves. In return was a player seemingly playing out of position and whose production plummeted in his 86 games in Queens.

As a lead off hitter, he batted .228 with a .299 on base percentage with an OPS of .599. He stole 31 bases but Met fans did not care. What Samuel represented seemed to supercede anything productive he did on the field.

Ripping beloved players like Dykstra, McDowell and Wilson out of the Mets seemed to take the brash fun out of the team. The intangible swagger was gone and soon the winning was as well. Samuel, along with other less exciting new comers inserted into the team, did not excite the fans nor produce on the field.

What looked like a young dynasty of cocky guys winning and not caring what you think and endearing themselves to New Yorkers, the Mets were a mismatch patchwork of players who didn’t fit. And soon they didn’t win.

It didn’t help matters that Lenny Dykstra helped lead the Phillies to the 1993 World Series and Samuel was long gone with the Mets by then.

Samuel played only a half season in New York. After 1989, he was traded to the Dodgers for Alejandro Pena and Mike Marshall. Essentially, a reliever and an outfielder… almost exactly what he was traded for with the Phillies.

Samuel made the 1991 All Star team with the Dodgers. who bore no ill will to him. He would play until 1998, sometimes as a part time player, and other times starting.

Eventually he would become a coach for the Tigers, a manager in the Mets system and a member of the Orioles coaching staff. In 2010, he served as the interim manager for the Orioles. He managed 51 games, going 17 and 34 along the way before being replaced by Buck Showalter. Since 2011, he has been a coach for the Philadelphia Phillies, who inducted him to their Wall of Fame at Citizens Bank Park.

Samuel is a beloved Phillies player with a resume and baseball life most would envy. But what he represents to Mets fans is a misguided rebuild. It isn’t fair. But neither is baseball. 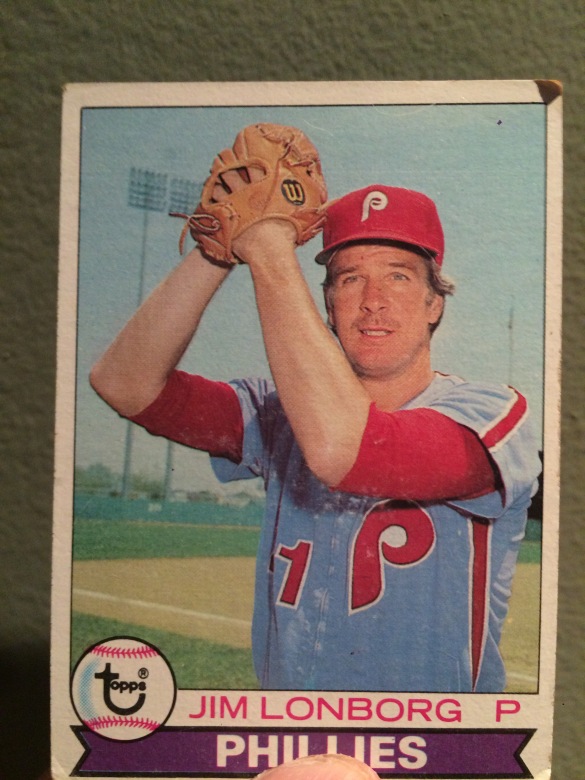 Some people make life decisions that lead them to a good, secure if not exciting life.

Other people take a risk, succeed, and become famous and beloved by millions of strangers for a short but glorious highlight.

And then there are the very few who get to do both. An example of the ones who had their cake and ate it too would be a dentist named Dr. James R. Lonborg.

The California native was studying dentistry at Stanford and played some baseball as well. He played for the Red Sox minor league teams in 1964 before getting his shot with the 1965 team. Between 1965 and 1966, Lonborg was not exactly a superstar. His ERA was in the 4’s in the middle of a pitchers era and his win loss record was 19-27. Then again the Red Sox were not exactly world beaters in the middle of the 1960’s.

In 1967, Lonborg and the Red Sox got a new manager, Dick Williams. The first few starts of 1967 seemed like more of the same for Lonborg. He had trouble making it through 6 innings and posted an ERA of 5.40.

As the Red Sox got entangled in the greatest pennant race anyone had ever seen, they turned to Lonborg to be their unexpected ace. 8 times in the regular season, he posted a double digit strikeout total. 14 times he allowed 1 earned run or fewer in a start.

On September 27th, he had one of his worst starts, allowing 4 runs in just 3 innings to Cleveland, who took the game 6-0. With only 2 games left, the Red Sox were tied for second with the Tigers, just one game behind first place Minnesota and half a game ahead of the White Sox. 4 teams were within reach of the pennant on the final 2 days.

The White Sox were eliminated the next day and the Sox beat the Twins head to head, setting up a season ending showdown with the Twins and Lonborg pitching on short rest.

On October 1, 1967, the Twins and Red Sox played a game whose results are felt to this day in Boston.

Early RBI singled by Tony Oliva and Harmon Killebrew but Lonborg and the Red Sox in a 2-0 hole. Dean Chance and the Twins held that lead into the 6th. Jim Lonborg led off the 6th and reached on a bunt single. With the bases loaded and nobody out, Carl Yastrzemski singled home Lonborg and Jerry Adair with the tying runs, en route to Yaz’s triple crown.

Hawk Harreleson, George Boomer Scott and Reggie Smith all drove in runs to give Boston a 5-2 lead.

Lonborg with the lead, pitched aggressively. He got help from his defense with Yaz threw out Bob Allison advancing to second on a single, killing a Twins rally.

In the 9th, Rich Rollins popped up to Rico Petrocelli and sent Fenway Park into pandemonium. Granted, it did not clinch the pennant. They would have to wait for the Tigers to lose their game against the Angels to make the title official a few hours later. But Red Sox fans finally had reason to celebrate.

There is no way to downplay the significance of the 1967 pennant for the Red Sox. Apathy swept over Red Sox and their fans in the 1960’s. The awful Yawkey family threatened to move the team if they did not get a new stadium to replace Fenway Park. Plans were floated for suburban parks and domes for the Red Sox to play in instead of empty dreary Fenway Park.

Baseball leaving Boston was on the table, just like how the Dodgers abandoned Brooklyn less than a decade before.

Then 1967 came along. A romance with Fenway Park began that has not ended. What is now called “Red Sox Nation” can be traced to the joy felt by Boston fans in 1967 as a generation finally had reason to cheer. It had been 19 years since the Red Sox had won a pennant and Lonborg’s season was a big reason they were there.

In the World Series, Lonborg threw complete game victories in Game 2 and a series saving win in Game 5 against the Cardinals. But on short rest, he was no match for Bob Gibson, who threw the series clinching complete game for St. Louis and homered for good measure.

The Red Sox fell short but were back on the map. Lonborg was named the AL Cy Young winner and looked forward to 1968. Sadly for Lonborg, his superstar days were short lived. A skiing accident postponed the start of his 1968 season. He fell to 6-10 and his ERA ballooned to 4.29. After a few more unremarkable seasons, he was dealt to the Brewers. He found new life in Philadelphia, winning 18 games for the 1976 Eastern Division champs, posting a lower ERA (3.08) than he did in his Cy Young season (3.16.)

But his star continued to fade and by age 37, he was done, pitching his final days with the Phillies as this Topps card was being issued.

With a 15 year big league career wrapped up, Lonborg returned to dentistry. He attended Tufts and became a dentist in the Boston area.

No doubt many young New England mouths were cleaned by Dr. Lonborg. Many of those kids are certainly huge Red Sox fans. I hope they all know that the person telling them to brush and floss is a big reason Red Sox fandom exists the way it does today. 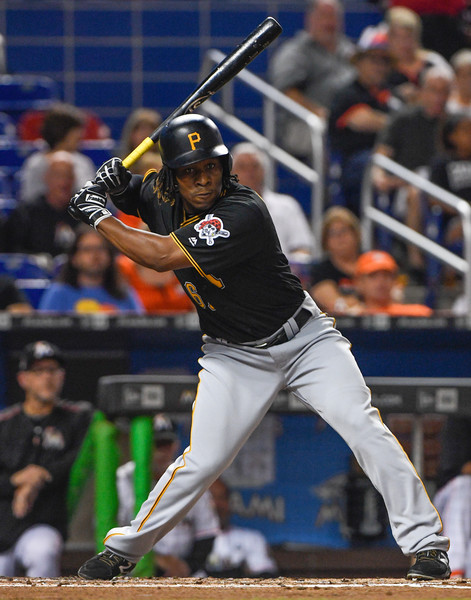 Gift Ngoepe (pronounced Ngoepe) could open new potential talent in Africa for the future. Meanwhile ESPN’s influence on baseball was great but could be done. And I cover the 1981 Reds, another team that should have won.

It is a world wide episode of Sully Baseball.