One month into the season, some potential contenders have some tough decisions to make. Meanwhile, Boston fans should listen to criticism rather than be so defensive. And I pick the Tigers team that should have won.

Tough love given in this episode of Sully Baseball.

END_OF_DOCUMENT_TOKEN_TO_BE_REPLACED 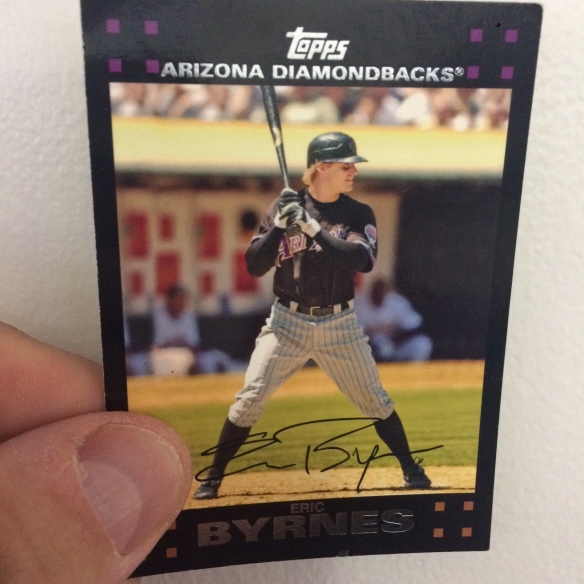 I get the feeling 10 or 15 years from now, Eric Byrnes will still be on the TV. He will be doing something. He strikes me as one of those celebrities on TV that you forgot how they became famous or that they played for a certain team. Basically how Joe Garagiola or Michael Strahan or Bob Uecker or Ahmad Rashad or Fran Tarkington or hell, even O. J. Simpson became media personalities in a way that made it almost startling for younger viewers to find out they were athletes.

That is Eric Byrne’s destiny.

He had a nice career in baseball. Byrnes was from the Bay Area and went to high school not far from where I went to high school. Byrnes is a California kid and looks like he was born on a surf board. He was drafted by the Dodgers out of high school and decided to go to Los Angeles, but not as a pro but to play for UCLA.

In college he was a star on a team that already had future World Series MVP Troy Glaus. His success at UCLA earned him a spot in their sports Hall of Fame. After finishing at UCLA, he was drafted by one of his home town teams, the A’s.

As the Billy Beane A’s were winning the AL West in 2000, Byrnes was tearing up AA and AAA before earning a promotion to the big club.

One more big year in AAA in 2001 led to his permanent recall and he saw playing time in 2001 Division Series. He became a regular in Oakland and a fan favorite for his hard play and looking and sounding like a local. He even hit for the cycle in 2003.

The California surfer persona probably didn’t help him when he made a baserunning error not touching home plate in the critical Game 3 of the 2003 Division Series. The A’s lost that game, which would have eliminated the Red Sox, in extra innings. They would lose the series.

By 2004, he was a 20 home run hitter and as more expensive players were leaving Oakland, he looked like an affordable every day player.

So naturally he was traded to the Rockies in 2005… He stayed 2 weeks in Denver before being dealt to the Orioles… the California kid was a vagabond.

He left Baltimore after 2005 season to clutter the back of his baseball card some more by signing with the Diamondbacks. By 2007, he was one of the best players on a bizarre Arizona squad.

The 2007 Diamondbacks were outscored 712 to 732. They should have been a sub .500 team. They had a good year from Brandon Webb but a subpar injury plagued season from Randy Johnson who pitched in only 10 games. No regular batted .300 or posted a .900 OPS. Byrnes’ 83 RBI led the team. By all metrics this team should have won 80 games tops.

Instead they posted the best record in the National League with a 90-72 mark and Byrnes was one of the top players on the team. He finished 11th in the MVP vote for the NL West Champs. He also homered in the 3 game sweep of the Cubs in the Division Series. But he flopped in the NLCS against the red hot Rockies, making the final out diving for first base but to no avail.

He played 160 games in 2007, which was his high water mark. Two injury riddled seasons in Arizona led to a disastrous 15 game cameo with the 2010 Mariners that ended his big league career.

After 2010, he became a figure in search of a game. For a while the one time big league center fielder played for a softball team for a Bay Area pizza place. In 2014, he played a pair of games for the independent San Rafael Pacifics.

His kindred spirit from another generation, Bill Lee, also played a game for that squad.

His TV career began while he was still a player, appearing as a Spicoli type figure on ESPN, Fox, KNBR in San Francisco, FSN Arizona and MLB Network.

And eventually he found a new passion: long distance running. He is chronicled in a film Diamond to the Rough, focusing on his running, his triathalon competition and his staying focused after the end of his playing days. The film is getting good reviews in the festival circuit.

Byrnes is a natural on TV because he is NOT polished. He seems like a guy who would be comfortable playing for the pizzeria. For that reason he will be on TV forever. And people seeing him there will wonder “Wait, what team did he play for again?”

Not everyone will remember.