My wife agrees that baseball games should not go beyond the 12th. Meanwhile she inadvertently realigns the Major Leagues.

I take another look at the Mets and figure out if ANY Marlins team got away.

Not going too long on this episode of Sully Baseball.

END_OF_DOCUMENT_TOKEN_TO_BE_REPLACED 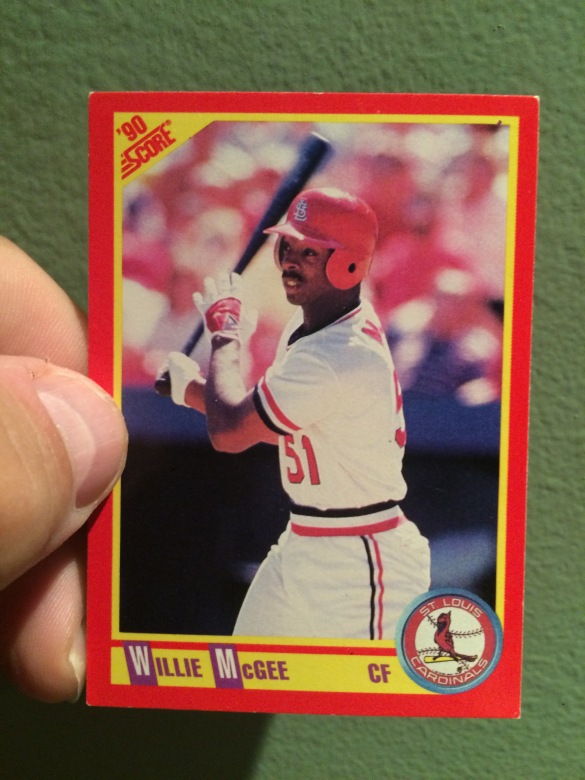 Willie McGee always fascinated me as a fan.

He always had an expression on his face that resembled absolute and utter confusion. He held the bat in an awkward manner. He resembled the kid who was the foreign exchange student that never played baseball before trying out for Little League.

I bet a thousand coaches tried to fix his stance. I bet scouts shook their heads at his ugly approach.

Then he would swing the bat… and get a hit. And then another one. The Bay Area native put together a wonderful 18 year career that featured two batting titles, four trips to the World Series including one win, a Rookie of the Year, 4 All Star Game appearances and an MVP award.

Safe to say any scouts who wanted to correct him were wrong.

The Yankees selected McGee in the secondary phase of the 1977 draft and he moved up through their system.

The Yankees made many horrible trades in the 1980’s as Steinbrenner chased that elusive pennant. Unknown minor leaguers were always sent packing for aging veterans. Can you imagine discarded Yankee farms hands like Jose Rijo, Greg Gagne and Fred McGriff creating a foundation for the glory years of the 1980s?

No dumb 1980’s Yankee deal blew up in their face more than McGee going to St. Louis for Bob Sykes, who never got into a single game for the Yankees.

McGee finished 3rd in the Rookie of the Year vote, batting .296 and 24 stolen bases. He was a perfect fit for the Whitey Herzog Cardinals, who used speed, defense and slapping balls on the artificial carpet to their advantage. The Cardinals won the Division in 1982.

McGee homered and drove in 5 runs while posting an OPS of 1.154 in the 3 game sweep of the Braves in the NLCS. In World Series Game 3, he homered twice and made a dazzling catch that helped seal the 6-2 victory. The Cardinals would go on to win the World Series title.

His bat only improved as he continued with the Cardinals. He hit for the cycle in 1984, stealing 43 bases and hitting 11 triples.

In 1985, everything came together. He led the league with a .353 average, 216 hits and 18 triples. He added 56 stolen bases and 10 homers while being named to his second All Star Game. He won the Gold Glove as well, helping the Cardinals get back to the World Series. They got to within 2 outs of winning it all before the blown call and St. Louis meltdown in Game 6 of the World Series.

He won a strange batting title in 1990, having enough at bats to qualify for it in the National League before being traded to Oakland. So the NL Batting Champ represented the American League in the World Series.

Throughout the 1990s, McGee was a steady .290 to .300 hitter with the Giants and played for the Red Sox in the 1995 post season before returning to the Cardinals for the 1996 NLCS. He was an everyday play until he wrapped up his career in 1999 with St. Louis.

18 years, a .295 career average and 2,254 hits later, McGee is a beloved Cardinal who now works in their front office.

Not a bad haul for Bob Sykes.